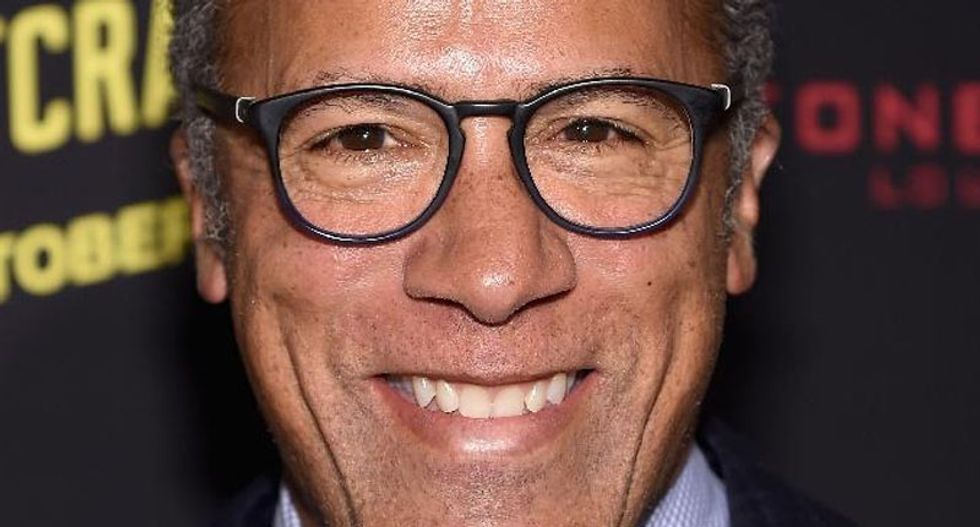 Lester Holt, seen in New York on October 27, 2014, will permanently take over as anchor of NBC Nightly News, in a breakthrough for black journalists (AFP Photo/Jamie McCarthy)

The 56-year-old Williams -- whose embellishment of an Iraq war story led to his suspension -- has been shifted to sister cable network MSNBC, where he will take over as anchor of breaking news and special reports in mid-August.

Lester Holt -- who has been filling in for Williams -- will permanently take over as anchor of NBC Nightly News, in a breakthrough for black journalists.

Williams was suspended in February for six months and saw his work investigated after he admitted changing a tale about coming under fire and amid accusations that he stretched the truth on other occasions.

NBC said Williams "made a number of inaccurate statements about his own role and experiences covering events in the field" following a probe into more than 10 years of his reporting.

Andrew Lack, chairman of NBC News and MSNBC, said Williams now had the chance to earn back everyone's trust.

"His excellent work over 22 years at NBC News has earned him that opportunity," he said.

Williams, who reportedly earned $10 million a year and drew in an audience of an estimated nine million people as host of NBC Nightly News, apologized in the same statement.

"I'm sorry. I said things that weren't true. I let down my NBC colleagues and our viewers, and I'm determined to earn back their trust," he said, promising to support his successor "100 percent."

The National Association of Black Journalists hailed his appointment.

"It is thrilling to see that an African-American will for the first time in television history be the solo anchor of an network evening newscast," said NABJ Vice President-Broadcast Dedrick Russell.

In 1978, Max Robinson became America's first black television network news anchor when he was made part of a three-anchor team at ABC's World News Tonight, the association said.

A decade later, Carole Simpson took over as weekend anchor of the same program.

Lack, the NBC News and MSNBC chairman, praised Holt for his "outstanding work" and for performing "remarkably well over the last few months under very tough circumstances" as Williams' stand-in.

"In many ways, television news stands at a crossroads, and Lester is the perfect person to meet the moment," he said.

Holt said he was "very proud and grateful to be part of such an unflappable and dedicated team of professionals as we move forward together."

Williams admitted that a story about his helicopter coming under fire in Iraq was not true, after criticism from troops there at the time.