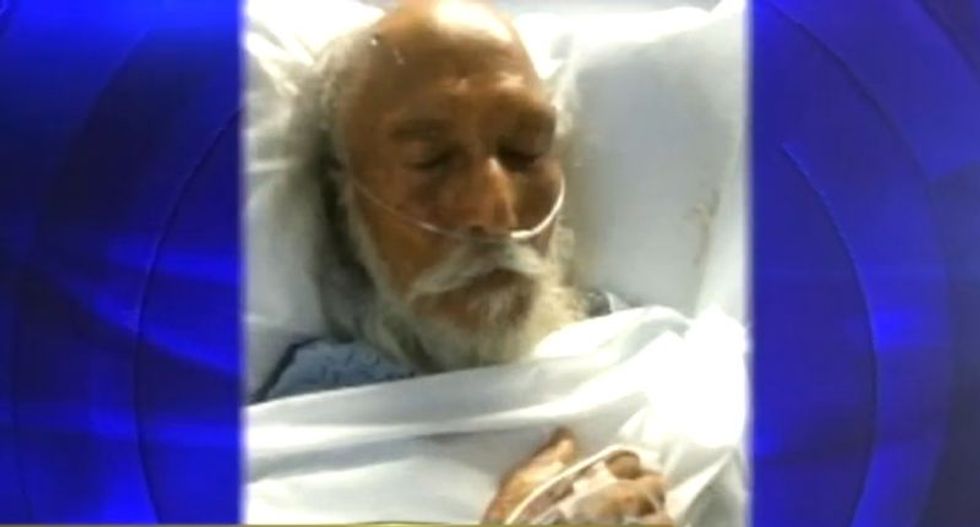 The man who committed a hate crime against an elderly man in California is believed to have misidentified the victim's religious identity, KFSN reports.

Gilbert Garcia, Jr., a resident of Fresno, California, bashed 82-old Piara Singh two years ago. He has admitted to his crime but his sentencing has been delayed three times.

"It's not acceptable to attack an old, 82-year-old, person minding his own business outside our temple," said Sikh community advocate Ike Grewal.

Garcia had used a metal pipe to beat the elderly man just outside his Sikh temple in Southwest Fresno, where he'd been preparing free meals for the hungry. Garcia was silent during the attack, but according to investigators, he had shouted that he hated "those people" and wanted to bomb their temples after being arrested, according to the Los Angeles Times.

The attack left Singh with two dozen stitches on his head, a punctured lung and broken ribs. The physical injuries have healed but Singh is still dealing with the mental trauma left by his attack.

"He has made good progress," Grewal told KFSN. "He is doing fine, but he too is anxious. He's so afraid now. That has affected him and he is traumatized by the event."

Garcia was charged with attempted murder and he pleaded "no contest" in February, admitting to elder abuse and a hate crime. The Sikh community in Fresno believes that Garcia had misidentified Singh's religious identity and misdirected his hatred towards people of another faith to the victim.

"The Sikhs have been attacked all over the United States after 9/11 and this is not acceptable because we have been mistaken as radicals when we are not," Grewal said.

Many men in the Sikh community grow beards and wear turbans. People like Garcia who acted on their hatred towards another faith may misidentify Sikhs' religion because of their appearance. Nevertheless, as long as the violent crime is motivated by hate, it is a hate crime even when the victim is attacked due to mis-identification, according to KFSN legal analyst Tony Capozzi.

"His hatred was the focus, the driving force, towards that belief," Capozzi said. "And the fact that the victim wasn't of the religion he thought it was is of no consequence."

Garcia is facing a maximum of 13 years in prison, including the hate crime enhancement -- an added maximum of 3 years. Delayed for three times, he's sentencing is pending, and the Sikh community is still waiting for their closure.

Watch video, courtesy of KFSN, below: