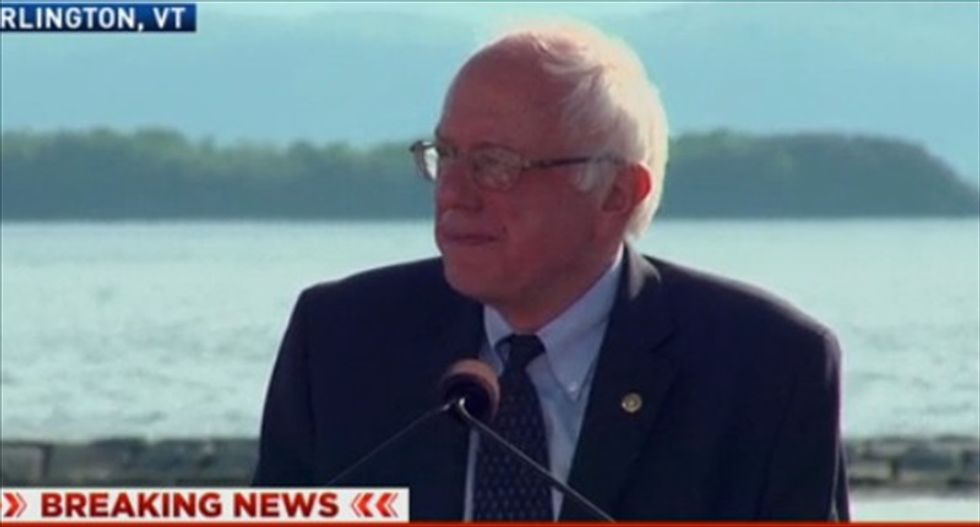 Presidential candidate Bernie Sanders has drawn huge crowds recently. He packed Drake University's auditorium, drew 1,000 people in New Hampshire, and the attendance was estimated at 5,000 at a stop in Minnesota.

Sanders has indicated that the numbers have surprised him. He told NPR that he's, "Stunned. Stunned. I mean I had to fight my way to get into the room. Standing room only. Minneapolis was literally beyond belief."

Sanders isn't the only one who has been stunned. Kurt Meyer, a tri-county Democratic Party chair in Iowa, helped host a Sanders rally in his area. "When we had something in excess of 300 people show up, I was astonished," Meyer told NPR. Meyer sent a text to a one of Clinton's senior people in Iowa indicating that Sanders was potentially a lot closer to the frontrunner than he appears.

That same story quotes John McBride, a 24-year-old who drove 3 hours to see Sanders speak. McBride identifies student debt as a major issue for him and was drawn to Sanders' vision of a debt-free college experience. "When I meet somebody, I ask them their name, where they went to school," said McBride, "Where they studied and how much debt they have."

Bernie Sanders has climbed in recent polls, grabbing 32% in New Hampshire. Hillary Clinton stayed ahead at 44% in the same poll.