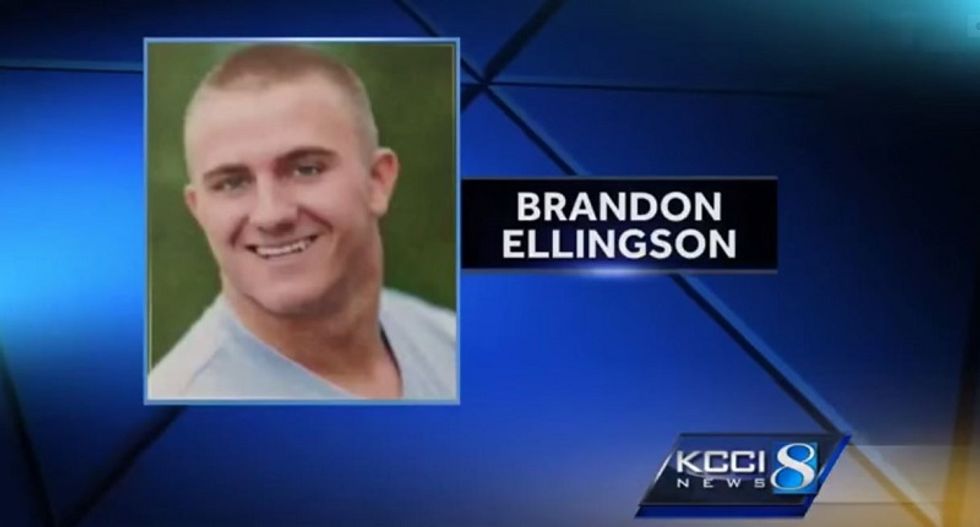 A Missouri highway patrol officer who criticized the department after a handcuffed man fell into water and drowned has been more harshly punished than the officer who failed to secure a life vest on the deceased man.

Veteran state trooper Randy Henry was demoted from sergeant to corporal and transferred from his post of nearly three decades at the Lake of Ozarks, the Springfield News-Leader reports. In March, Henry told public officials during a committee hearing that lack of training, but also recklessness and poor judgment contributed to the death of 20-year-old Brandon Ellingson last year.

Ellingson had been pulled over in the Lake of Ozarks and arrested by water patrol officer Anthony Piercy last May on suspicion of boating while intoxicated, the News-Leader reports. Instead of properly securing him with a life vest, Piercy pulled an already-buckled vest over Ellingson's head and upper torso. Ellingson's wrists were handcuffed behind his back.

The college student tumbled from the boat and the life vest slipped off quickly. He drowned and died.

A special prosecutor declined to charge Piercy in the death, and it was ruled accidental. Sources told the Kansas City Star that he was suspended for five days.

“It was a slap on the wrist,” a former water patrol officer told the Star. “It was nothing.”

The highway patrol's marine division has been under scrutiny since Ellingson's death, the Star reports. Missouri lawmakers found since a 2011 merger between the highway patrol and state water patrol, training has been lacking. Piercy was a veteran road officer, but the Star discovered he had only two days of field training before being sent out on the water alone.

Henry's attorney, Chet Pleban, told the Star the department has been looking to retaliate against the officer for being a whistle blower, sending him for mental health evaluations that turned up "no cause for concern," then launching a "professional standards" investigation.

"You're going to make that man move from his home, where he’s lived for 19 years, and force him to move to Truman Lake?" where Henry was transfered, Pleban asked the Star. "And you're going to say that's not retaliation, malicious and vindictive?"

Henry has appealed the discipline and transfer from Lake of the Ozarks, the Star reports.