N.J. cop ran ex-wife off the road, shot her with a child in car as another officer watched: witness 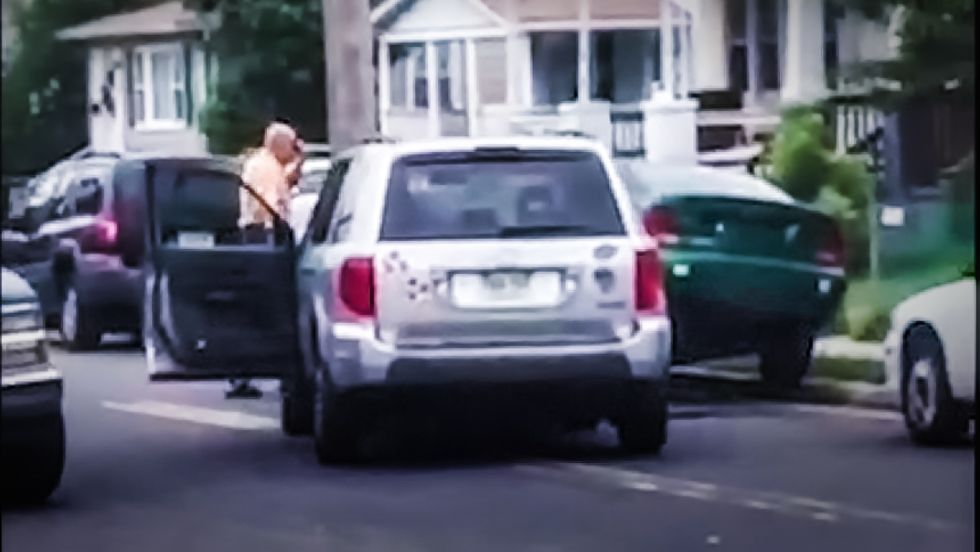 A witness recorded video of a shooting in Asbury Park, NJ (NJ.com/screen grab)

Witnesses in Asbury Park, New Jersey said on Tuesday that they saw an off-duty officer shoot his estranged wife while at least one other officer looked on and did nothing.

Asbury Park Police Officer Michael Casey confirmed to the Asbury Park Press that an officer was involved in an incident where a woman was shot, but declined to give further details. Law enforcement sources and neighbors named Philip Seidle as the officer.

The woman was said to be his recently-divorced wife.

One witness told Asbury Park Press that Seidle hit a police cruiser while running his wife's car off the road.

"He clips the cop car and then drives into the back of the young girl's car and then jumps out and starts shooting at her car," the witness said. "The cop runs out but he doesn't do anything, and the baby is in the car."

In cellphone video obtained by NJ.com, Seidle can be seen with a gun to his head, and then four shots ring out. He is then seen again pacing with the gun to his temple.

"The guy was in the middle of the street," witness Michael Terrell said. "He was saying, 'I'm tired of going to court.'"

Trina Poysner said that officers on the scene tried to convince Seidle to drop the weapon.

"Put the gun down," she recalled them saying. "It's not worth it."

"My kids, my kids!" Seidle allegedly yelled back. "I'm not going to see them anymore."

After an ambulance took the victim away, officers successfully convinced their colleague to surrender his weapon. The woman was taken to Jersey Shore University Medical Center. Her condition and the condition of the child were not known.

Watch the video below from Asbury Park Press.