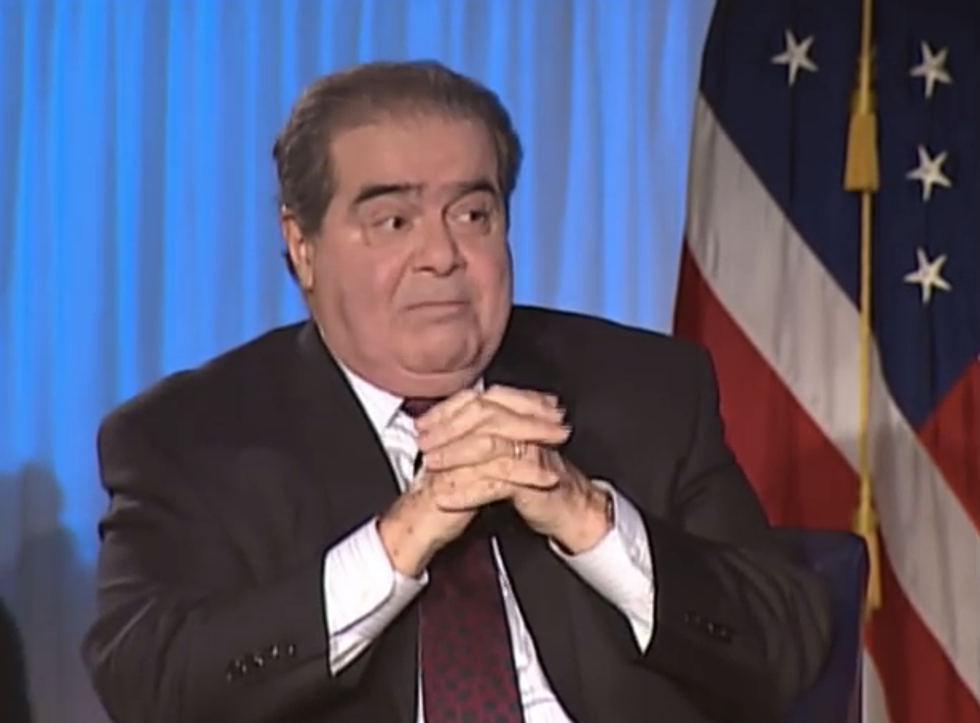 A Philadelphia diner's topically titled menu items were such a hit with customers this weekend, the restaurant couldn't keep up with demand, the Billy Penn reports.

On Friday, the Supreme Court ruled that marriage is a legal right for all Americans, regardless of the couple's gender composition. Justice Antonin Scalia was not happy with the decision, calling the ruling "a threat to American democracy" in his written dissent.

Friday is also the day Sam's Morning Glory Diner comes up with the names of its weekly breakfast specials. This week, the Philadelphia restaurant put two new items on its menu, drawing inspiration from current events.

“Antonin Scalia is a Douche," an egg dish with vegetables, cheese, and andouille sausage (for which there was enough meat to make 150 servings) sold out before 10 AM on Sunday. “The Supreme Court Finally Got It Right" quiches, available with or without prosciutto ham, were gone in less time than that.

Carol Mickey, who owns the restaurant, tells the Billy Penn that customers responded positively to menu jokes at Scalia's expense.  “Not one single person complained,” Mickey says. “The atmosphere in [the diner] was really wonderful. People were just loving saying it! ‘I’ll have the Scalia is a Douche, please.’”

On Sunday, Jon Geeting, engagement editor at PlanPhilly, tweeted out the unfortunate news that Morning Glory was plum out of Scalia-inspired brunch dishes:

Bad news guys the 'Antonin Scalia is a Douche' special scramble at Morning Glory is all sold out http://t.co/cWPByjmzv4
— Jon Geeting (@Jon Geeting)1435509227.0