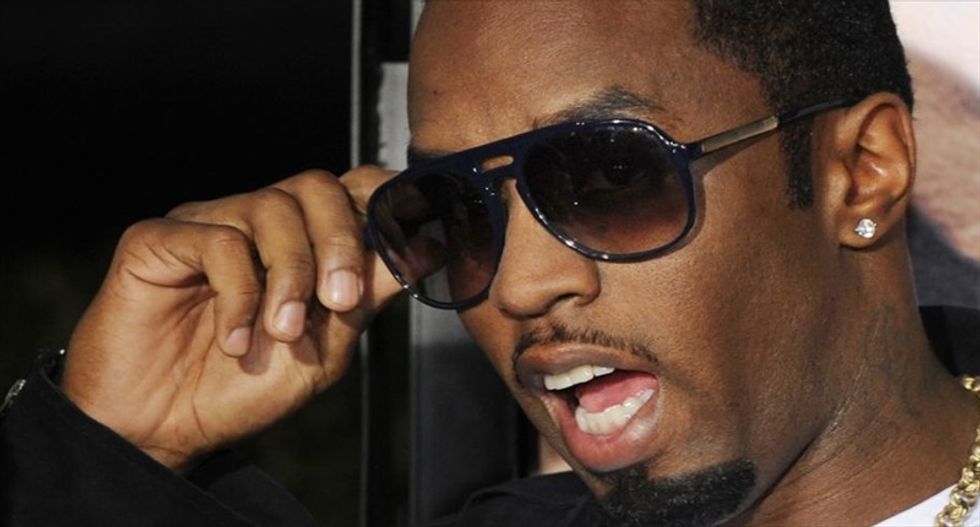 Sean 'Diddy' Combs arrives for the premiere of 'Get Him to the Greek' at the Greek Theatre in Los Angeles on May 25, 2010. Photo by Mark Ralston for Agence France-Presse.

American rap mogul Diddy was arrested in Los Angeles on Monday for assault with a deadly weapon -- in this case, a kettlebell.

No one was seriously hurt in the incident at the University of California, Los Angeles sports center, and police have launched an investigation, the school said.

Entertainment website TMZ said that Combs attacked one of the trainers at the center.

It was not immediately clear what transpired. But one of Comb's sons has played special teams for the university's squad.

"I'm thankful that our staff showed the level of professionalism that they did in handling this situation. This is an unfortunate incident for all parties involved," football coach Jim Mora said in a statement.

"While UCPD continues to review this matter, we will let the legal process run its course and refrain from further comment at this time."

Combs, who had a hand in the careers of artists including Mary J. Blige, Biggie, Usher and Lil' Kim, has an estimated $700 million fortune.

He has worked an a top artist, producer, actor, fashion designer, fashion brand owner and investor.