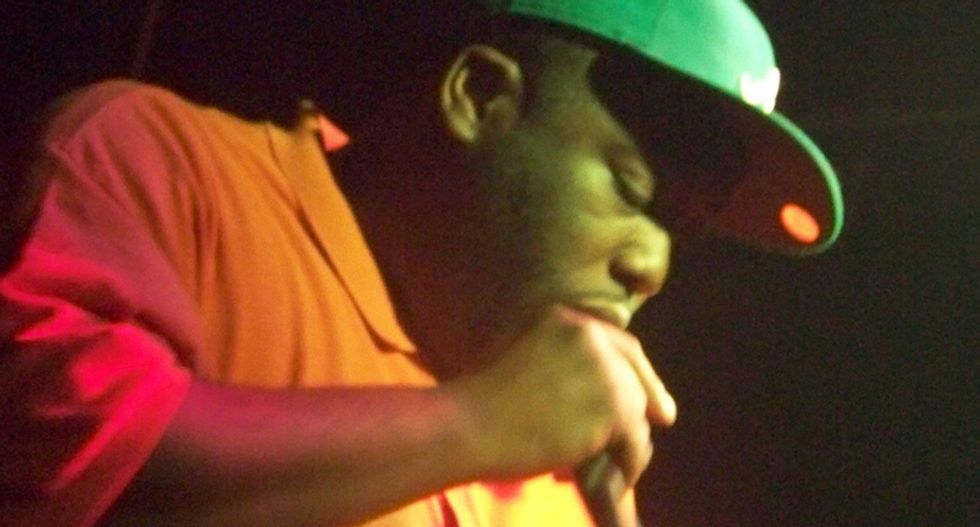 Killer Mike said in a tweet on Monday to his more than 148,000 followers that he was moved to officially endorse Sanders because of the Vermont senator’s call to restore the Voting Rights Act, which was weakened in 2013 when the US supreme court invalidated key protections in the act.

The Atlanta rapper frequently appears on news programs to provide a voice from the hip-hop community and has been increasingly vocal about politics in the past few years .

In replies to the initial tweet, Killer Mike further explained why he was choosing Sanders over other candidates.

Twitter user @TristanHerzong said he was concerned that by voting for Sanders, Killer Mike could take away a vote from Clinton, the clear Democrat frontrunner. “I cannot support another Clinton or bush ever,” Killer Mike tweeted.

“I am beginning to see American political families like monarchs and I have no affection for monarchs,” he said.

With 497 days until the 2016 presidential election, Clinton is leading the pack in celebrity endorsements – Beyoncé, Ariana Grande and Moby have all said they support her run for president.

She has also proved more popular among top hip-hop artists than the other candidates. Snoop Dogg, 50 Cent and Ja Rule all said in May that they are voting for Clinton.

Actor Chuck Norris and reality television show parents Michelle and Jim Bob Duggar have endorsed Mike Huckabee. The Duggars’ endorsement came weeks before it was made public that their son Josh admitted to molesting young girls.

In June , Killer Mike attempted to run for local office in Georgia as a write-in candidate, but learned he did not have the necessary paperwork or time to fill it out. After learning this, he said: “I will run in the future and we will win!”