Rick Santorum finds only one voter waiting at Iowa campaign event, warns her about gay marriage 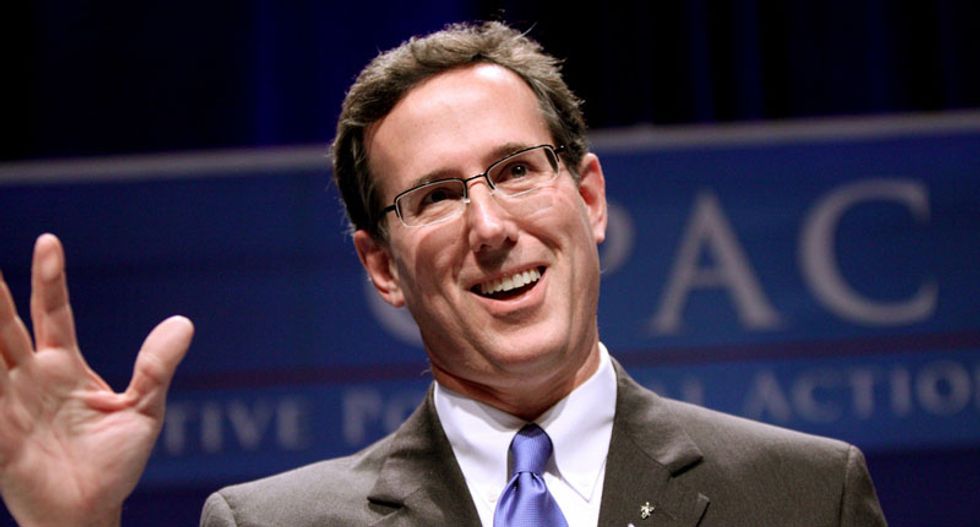 Republican presidential candidate Rick Santorum showed up at a campaign stop in Iowa to find only one voter waiting for him, but he called the event a success anyway.

The Des Moines Register reported that Santorum decided to order lunch when he saw that Audubon County Republican Party Chair Peggy Toft was his entire audience at a restaurant in Hamlin.

"I haven't eaten, actually, all day," the candidate told Toft.

By the time his meal of tenderloin and onion rings showed up, so had three other voters, according to the Register.

At a small table in the restaurant, Santorum explained to Pastor Glen Meyers and the other listeners that same-sex marriage was threat to the family and religious liberty.

"This is where the left is saying, 'Here is what your belief system should be, and anyone who does not toe the line, you're a hater, you're a bigot, you're intolerant and you will not be tolerated,'" he insisted.

Santorum said that low turnout was all part of his plan.

"People don't understand. One guy in there said, 'I'll speak for you at the caucus,'" he remarked. "That's maybe eight votes that you wouldn't otherwise get. Eight votes can make a big difference, as I know."

WHO-TV reported that the the crowds did not increase by much when he spoke at a diner in Carroll later in the day.

"There were three of his own staffers, two Democratic campaign trackers, a waitress, a reporter, and just two diners," the station noted.