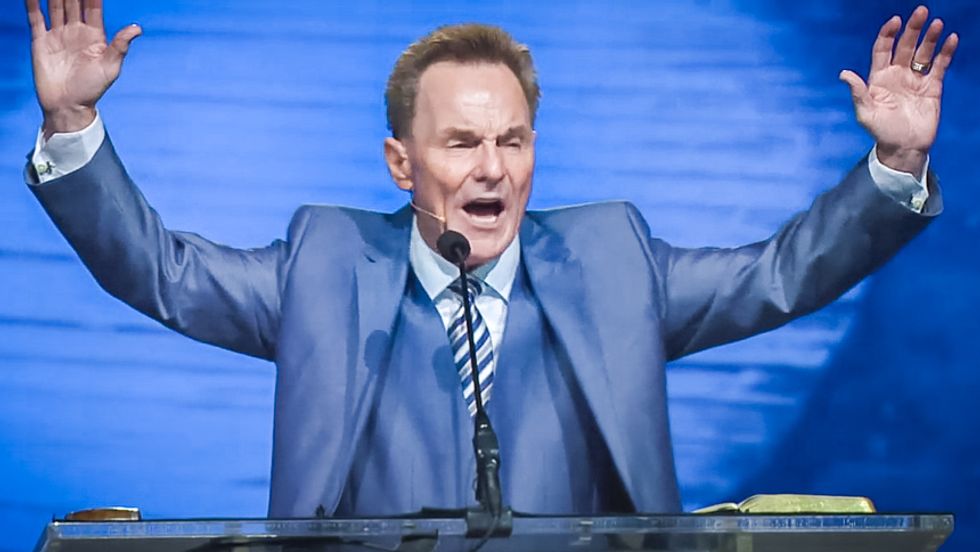 The Southern Baptist Convention declared this week that the Supreme Court did not have the authority to overturn bans on same-sex marriage because they were defending an institution that had been created by God.

At its annual meeting in Columbus, Ohio on Tuesday, the denomination prepared for a Supreme Court ruling that could effectively legalize marriage equality nationwide.

"WHEREAS, the redefinition of marriage to include same-sex couples will continue to weaken the institution of the natural family unit and erode the religious liberty and rights of conscience of all who remain faithful to the idea of marriage as the conjugal union of husband and wife," the resolution said.

"Southern Baptists recognize that no governing institution has the authority to countermand God’s definition of marriage," the statement continued. "No matter how the Supreme Court rules, the Southern Baptist Convention reaffirms its unwavering commitment to its doctrinal and public beliefs concerning marriage."

In his presidential address to the 5,000 attendees on Tuesday, SBC leader Rev. Ronnie Floyd said that it was time for Christians to declare "spiritual warfare."

"America: We stand believing that marriage is the uniting of one man and one woman in a covenant commitment for a lifetime; we do not need to redefine what God himself has defined already," Floyd opined. ""Now we await the outcome of the next possible Supreme Court ruling that could alter our nation's belief and practice on traditional and biblical marriage, but also our historic commitment to religious liberty for all people."

"When other denominations and leaders are beginning to relax their message to be more politically correct, will we rise up in faithfulness to believe and stand on His Word and for Jesus' name?" he continued. "There is not one government, one Supreme Court, one court case, one editorial, one commentator, one liberal, one conservative, one world leader, one politician, one radical group, one demon or one of anything that can shut the doors Jesus Himself has opened for us."

Watch the video below from the Southern Baptist Convention, recorded June 16, 2015.