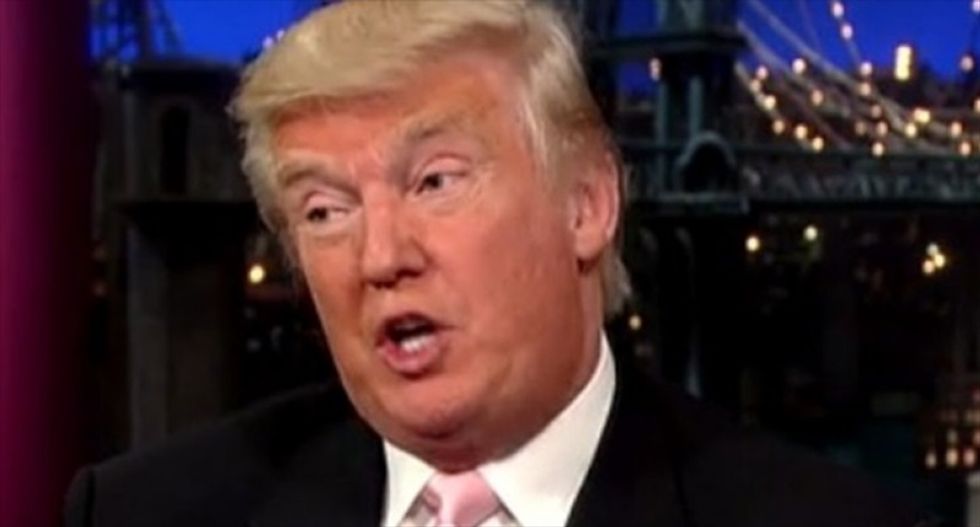 Reality star Donald Trump continued his feud with Univision on Friday, telling the broadcaster's CEO that no company employee would be admitted inside the Miami golf course and resort Trump owns, Politico reported.

"Under no circumstances is any officer or representative of Univision allowed to use Trump National Doral, Miami -- its golf courses or any of its facilities," Trump wrote in a letter to Univision head Randy Falco. "Also, please immediately stop work and close the gate which is being constructed between our respective properties. If this is not done within one week, we will close it."

The letter was released a day after the network announced it would no longer broadcast the Miss USA pageant, which is run by Trump's organization of the same name, citing Trump's anti-immigrant comments during his campaign launch event earlier this month. Univision said in a statement that it was cutting all ties with the real estate mogul.

"At Univision, we see first-hand the work ethic, love for family, strong religious values and the important role Mexican immigrants and Mexican-Americans have had and will continue to have in building the future of our country," the statement read.

For his part, Trump has threatened to sue Univision for breach of contract, while refusing to back down from his remark that many undocumented immigrants from Mexico are "bringing drugs. They're bringing crime. They're rapists."

The letter also included both a swipe and a threat directed toward the Mexican governmen, which has called Trump's remarks "prejudiced and absurd."

"Please congratulate your Mexican Government officials for having made such outstanding trade deals with the United States," Trump wrote. "However, inform them that should I become President, those days are over. We are bringing jobs back to the US. Also, a meaningful border will be immediately created, not the laughingstock that currently exists."