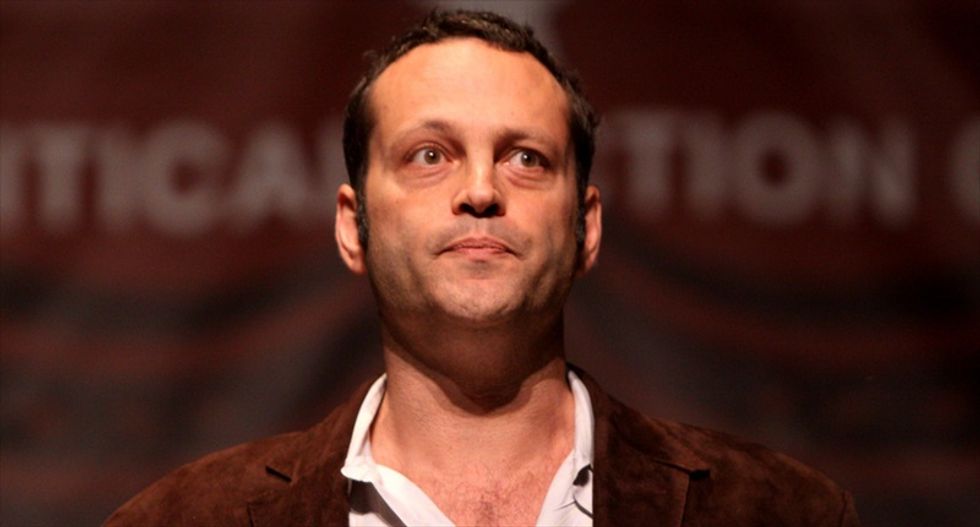 Vince Vaughn has emerged as a surprising advocate for gun ownership, likening the right to bear arms to “freedom of speech”.

In an interview with GQ , the star spoke at length about gun control in the US. When asked whether firearms should be made available in schools, given recent shootings, he replied: “Of course. You think the politicians that run my country and your country don’t have guns in the schools their kids go to? They do.

“And we should be allowed the same rights. Banning guns is like banning forks in an attempt to stop making people fat. Taking away guns, drugs, booze ... It won’t rid the world of criminality.”

Vaughn went on to say he supports people “having a gun in public, full stop” and not just at home.

“We don’t have the right to bear arms because of burglars,” he said. “We have the right to bear arms to resist the supreme power of a corrupt and abusive government. It’s not about duck hunting, it’s about the ability of the individual. It’s the same reason we have freedom of speech. It’s well known that the greatest defence against an intruder is the sound of a gun hammer being pulled back.”

He also believes the string of mass shootings in the US have only happened where there are more restrictions on firearms.

“Take mass shootings,” he said. “They’ve only happened in places that don’t allow guns. These people are sick in the head and are going to kill innocent people. They are looking to slaughter defenceless human beings ... In all of our schools it is illegal to have guns on campus, so again and again these guys go and shoot up these ... schools because they know there are no guns there. They are monsters killing six-year-olds.”

Vaughn stars as a criminal entrepreneur in the second season of True Detective and continues the crime theme with forthcoming thriller Term Life, where he plays a man wanted by various hit men.