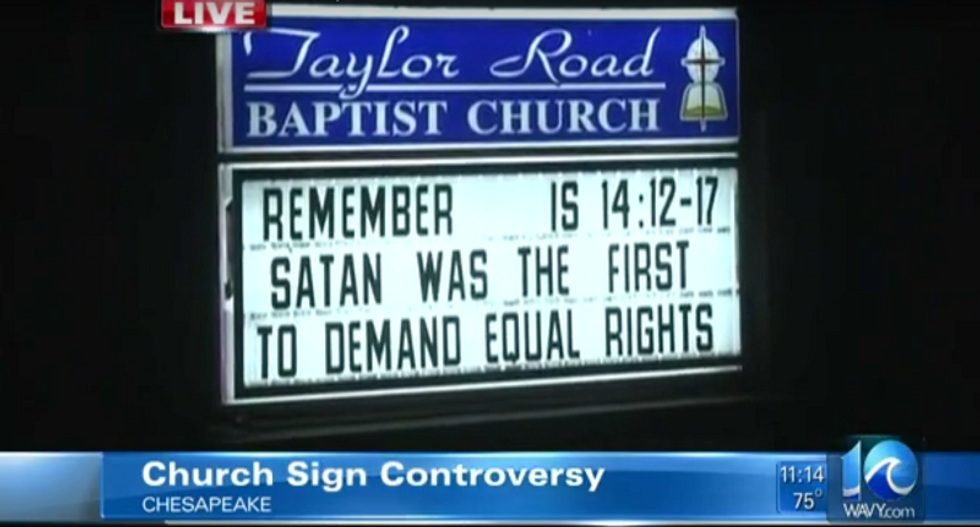 With the Supreme Court about to rule on same-sex marriage this month and a white supremacist killing nine members of a historically black congregation this week in Charleston, the country is at a crossroads on major social issues involving equality. So the timing for a sign outside a Virginia church linking Satan and equal rights seems a bit odd.

When local television WTVR tried to interview church pastor Mel Kunkled, he declined to go on camera. But he told WTVR that the sign doesn't target any specific group.

The actual Bible passage is the origination story about Satan. It depicts the angel Lucifer trying to take dominion away from God, and as a result being cast down to hell.

Passerby Terri Young was not happy about the message.

Later, she added "I mean, what is that teaching children then? It's not okay to ask for equal rights? If you do, and someone else thinks you shouldn’t have them. That you equal Satan? I don’t get it."

Young said she was so shocked, she did a U-turn to make sure she read the sign correctly.