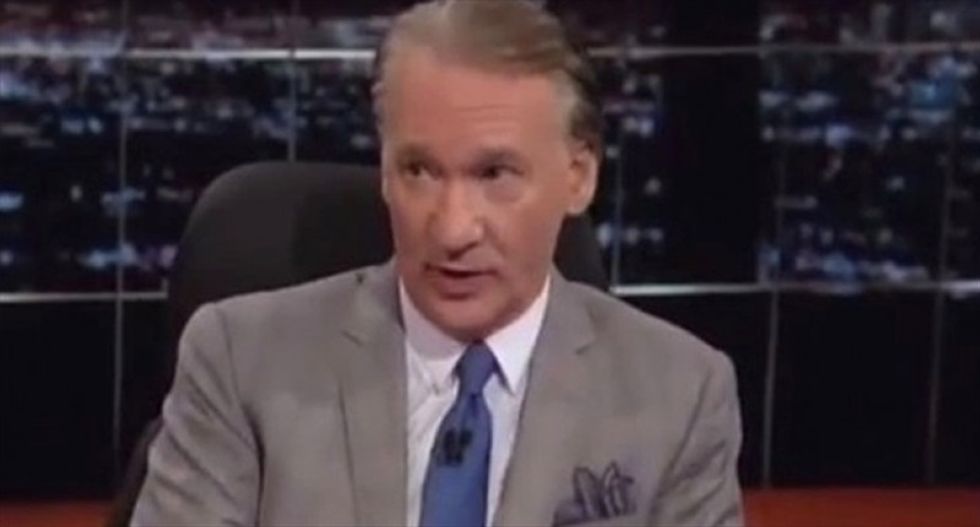 Real Time host Bill Maher said on Friday that is not willing to dismiss reality TV star Donald Trump's presidential campaign, even if it's unpalatable to him.

"He makes everybody else look like a midget -- not in a good way," Maher told his panelists. "Here's the thing about Donald Trump: he never apologizes, he's never wrong, no matter what crazy thing he says. He's the white Kanye. For a party whose base adores belligerence, the guy."

While guests Mary Katherine Ham and Kristen Soltis Anderson argued that Trump's run for the GOP presidential nomination will falter, Maher pushed back.

"It's not going away," he insisted. "This is the Frankenstein monster that was created with the Tea Party. This is your worst nightmare. Because he catapulted to second in the polls -- and by the way, he's p*ssed about that."

As CNN reported, Trump trails only ex-Florida Gov. Jeb Bush in some early polling, which Ham attributed to the "belligerence" Maher mentioned.

"People are just responding to this thing they find refreshing about him where he says, 'This guy sucks and this guy sucks,' and he doesn't apologize," she said.

While filmmaker Judd Apatow wondered aloud if Trump's campaign is just a promotional effort for his reality show, MSNBC contributor Michael Eric Dyson said the scary thing is how widespread the real estate mogul's views are within his party.

"Donald Trump is no idiot in this sense: he understands how to work his audience; he understands how to be not-wrong, but right," Dyson argued. "His failure to apologize is the kind of John Wayne persona that George W. Bush had, and that kind of swagger is what so much of those people are looking for."