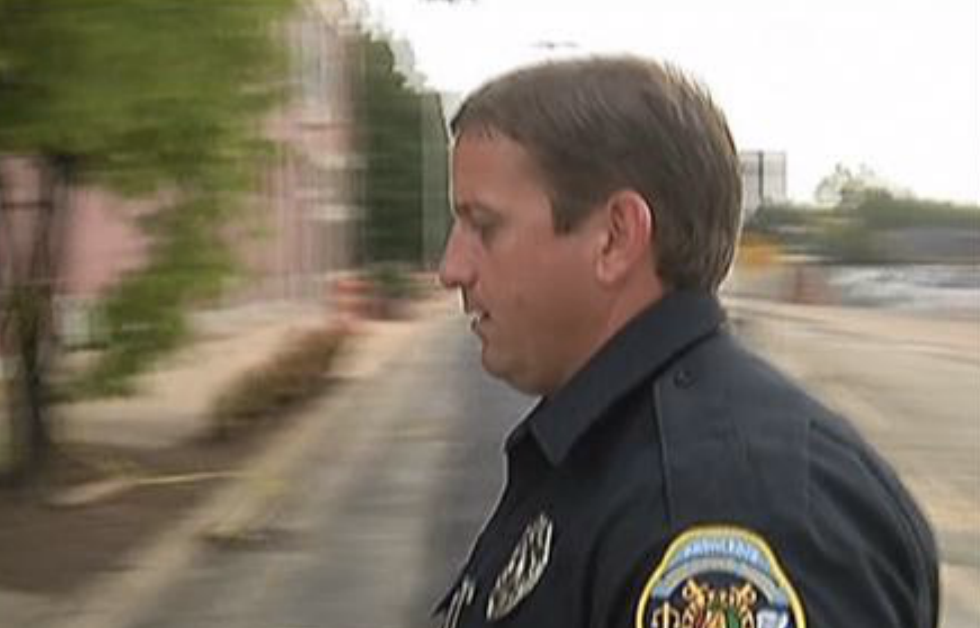 A police officer in Huntsville, Alabama broke down on the witness stand on Tuesday and admitted that he had lied to cover up violent behavior by one of his superior officers.

According to WAFF, Officer Joshua Bates testified in U.S. District Court that he lied about Officer Brett Russell's vicious beating of a handcuffed suspect. He is the second witness to admit to covering up Russell's actions during the Dec. 23, 2011 arrest of Gary Wayne Hopkins, who was taken into custody following a domestic disturbance.

Bates was the last witness called on Tuesday. He said under oath that he had lied at least three times to shield Russell from the consequences of his attack on Hopkins, which took place when Hopkins was handcuffed in the back of a police cruiser.

The testimony comes after years of controversy surrounding the incident. Bates said that he lied to an internal affairs investigation about the beating, a second time to the FBI and a third time to a federal grand jury what was empaneled to investigate the incident.

Hopkins was taken into custody for reportedly beating his wife in front of their children. Once in the cruiser, he became agitated and kicked out one of the vehicles' rear windows.

Cameras captured the beating he received from Russell , who was fired from the department in 2012 over use of excessive force but was later unanimously reinstated by the Huntsville City Council.

Bates -- who was a trainee at the time of the incident -- said that he kept his silence about the beating because he was afraid he would lose his job.

On Monday, a participant in the police department's ride-along program testified that he had also lied to investigators when he said that Hopkins spit at, insulted and attempted to head-butt officers prior to the beating.

Hopkins had to be taken to the hospital before he could be safely admitted to the jail. Russell also reportedly kept items of Hopkins' property as "trophies" after the assault.

Russell is still currently a Huntsville Police Department employee, but is on indefinite administrative leave. He faces federal charges of deprivation of a person’s civil rights under the color of law and obstruction of justice. If convicted, he could spend up to 30 years in prison.