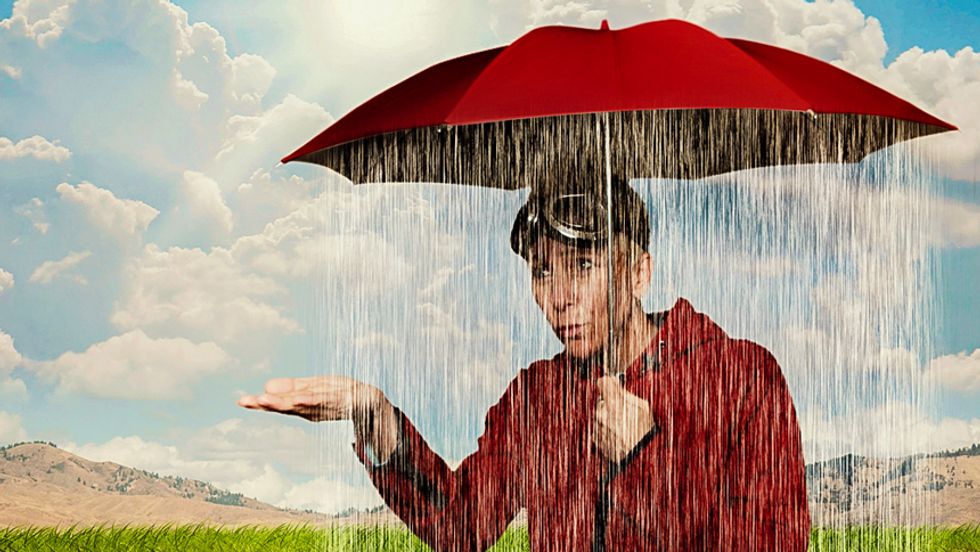 Photo: a girl caught in a rain shower under her umbrella (Shutterstock.com)

While speaking to the Crosstalk radio program, Newman explained to a caller that God's punishment for abortion might not come in the form of "some sort of cataclysmic judgment, like the Flood."

Instead, he predicted that it would come "one step at a time, one small step until the people groan so heavily and they return back to God and then they’re slowly restored.”

“If you look at what’s going on in America….we’ve had some terrible weather patterns lately," Newman pointed out. "Our economic clout has been taken away, the stock market is artificially inflated, there’s a lot of people that are predicting collapse there, the dollar is a fiat currency, is on shaky ground, our moral decay, our morals have decayed so far, the attack on Christians and people of faith."

According to Newman, "it’s easier to be a homosexual in this country than it is to be a Christian."

"You’re a protected class there while we’re a minority," the anti-abortion crusader opined. "I just think that at some point, people, this country’s going to have to hit the reset button.”