As militiamen stand guard, Army tells recruiters to treat all armed civilians as a threat 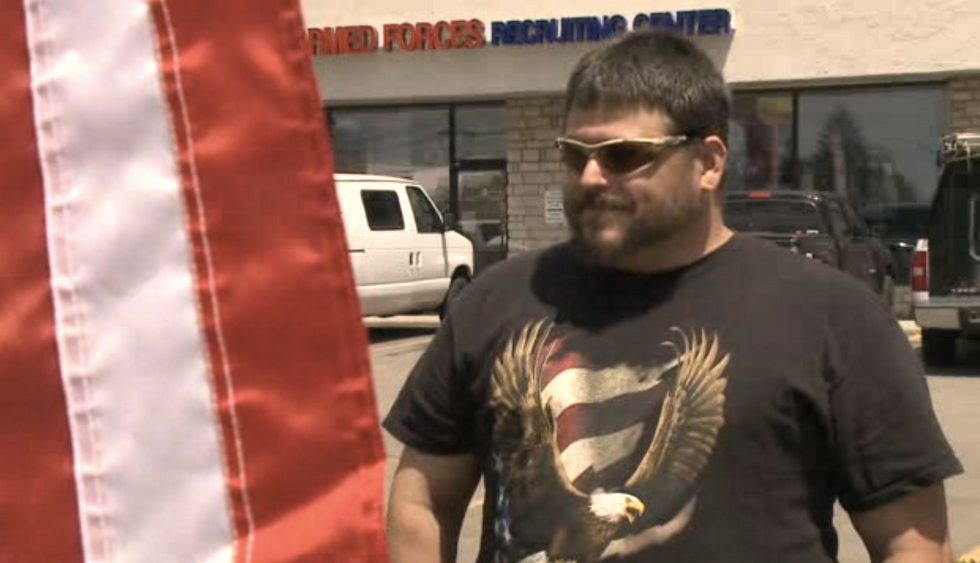 The U.S. Army has warned personnel at recruitment centers to regard all armed civilians as a potential security threat.

Stars and Stripes reported on Thursday that the military is responding to the waves of civilians who have positioned themselves outside of recruitment centers in the name of protecting U.S. personnel. These armed non-service personnel say they are hoping to prevent more attacks like the one carried out on July 16 in Chattanooga, Tennessee by Mohammad Youssef Abdulazeez.

Abdulazeez, 24, fired shots into a strip mall recruiting center and crashed his vehicle into a barrier at Navy installation before opening fire. The attacker killed five service personnel.

In the wake of the attack civilians armed with handguns, rifles and assault weapons have assembled outside recruitment centers and military facilities in Georgia, Wisconsin, Tennessee, Idaho and other states. They say they aim to gun down anyone who attacks, but the Army warned personnel that these people could pose a threat.

“I’m sure the citizens mean well, but we cannot assume this in every case and we do not want to advocate this behavior,” said a letter from Army Command Operations Center-Security Division.

Recruitment center personnel are advised not to interact or acknowledge the groups of armed civilians.

"If questioned by these alleged concerned citizens, be polite, professional and terminate the conversation immediately and report the incident to local law enforcement," said the command letter.

When notifying police, the instructions said, be sure to inform them that these civilians "may be armed and in possession of a conceal/carry permit."

Stewart Rhodes -- president of the right-wing militia group the Oath Keepers -- urged the group's members to station themselves outside recruitment centers prepared to kill.

"They’re sitting ducks,” Rhodes told the Associated Press on Tuesday. “They’d be better off if they were walking down the streets of Baghdad, because at least in Baghdad, they could move. Here, they’re stationary.”

Military officials expressed concern about the civilians earlier this week when personnel at a Savannah, Georgia recruitment center arrived at work to find a man they did not recognize standing outside armed with both a rifle and a handgun.

An unnamed official told WFLA that there is “always some concern about safety for our soldiers and civilians when someone is walking around with weapons."

The Marine Corps issued a statement earlier this week that said, "It has come to our attention that many patriotic citizens have been standing armed guard outside recruiting stations across the country. While we greatly appreciate the support of the American public during this tragedy, we ask that citizens do not stand guard at our recruiting offices. Our continued public trust lies among our trained first responders for the safety of the communities where we live and work."