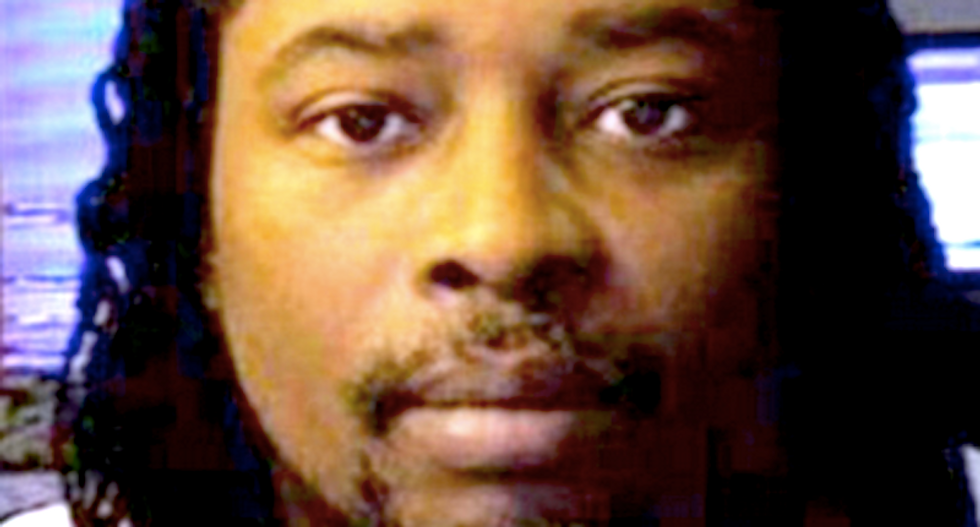 A former University of Cincinnati police officer charged with murder in the shooting death of an unarmed black man he had stopped for a missing license plate was released from jail on bond hours after an initial court appearance on Thursday.

Ray Tensing, 25, had pleaded not guilty in the death of 43-year-old Samuel DuBose before Hamilton County Court of Common Pleas Judge Megan Shanahan, who set his bond at $1 million.

Tensing was released from jail later on Thursday, according to the Hamilton County Clerk of Courts. His next court date was set for Aug. 19.

Tensing was indicted on Wednesday on murder and voluntary manslaughter charges in the July 19 death of Samuel DuBose, who was shot in the head during a traffic stop. Tensing, who turned himself in and spent the night in jail in isolation, appeared in court in gray, striped prison clothes.

The incident was the latest in a series of fatal police confrontations in the United States that have raised questions about law enforcement's use of force against minorities.

In announcing the indictment on Wednesday, Hamilton County Prosecutor Joseph Deters said Tensing was not dragged by DuBose's car as the officer had claimed to justify the shooting.

Two other University of Cincinnati officers, Phillip Kidd and David Lindenschmidt, were placed on administrative leave on Thursday, according to Lonnie Soury, a spokesman for the school.

Deters' office on Thursday released videos from body cameras worn by two university police officers who witnessed the shooting. The videos show the immediate aftermath of the shooting.

On the video from the body camera worn by Kidd, Tensing's fellow officer, Tensing repeatedly says he was dragged by DuBose's car and that he got his arm stuck in the car. Kidd is heard saying, "Yeah, I saw that."

Kidd could not immediately be reached and it was not known whether he has legal representation. The Fraternal Order of Police in Cincinnati did not immediately respond to a request for comment on the content of the videos.

The University of Cincinnati police report said it is unclear how much Lindenschmidt witnessed.

Tensing's body-camera video was released on Wednesday and showed the traffic stop and the shooting. After failing to provide a driver's license at Tensing's request, DuBose tried to prevent Tensing from opening the car door as the officer ordered him to remove his seat belt.

The car started slowly rolling forward as Tensing reached in and yelled for him to stop. The officer pulled his gun and fired once, killing DuBose.

Tensing was fired by university police on Wednesday. If convicted, he faces a maximum penalty of life in prison.

His attorney, Stew Mathews, told reporters Tensing had feared for his life during the altercation with DuBose, so he drew his weapon.

"He's feeling like he's been run over by a train," Mathews said.

Terina Allen, the victim's sister, said the video evidence from Tensing proved that DuBose was a peaceful man.

(Reporting by Eric Beech in Washington; Additional reporting by Fiona Ortiz and Mary Wisniewski in Chicago; Editing by Jonathan Oatis and Lisa Shumaker)