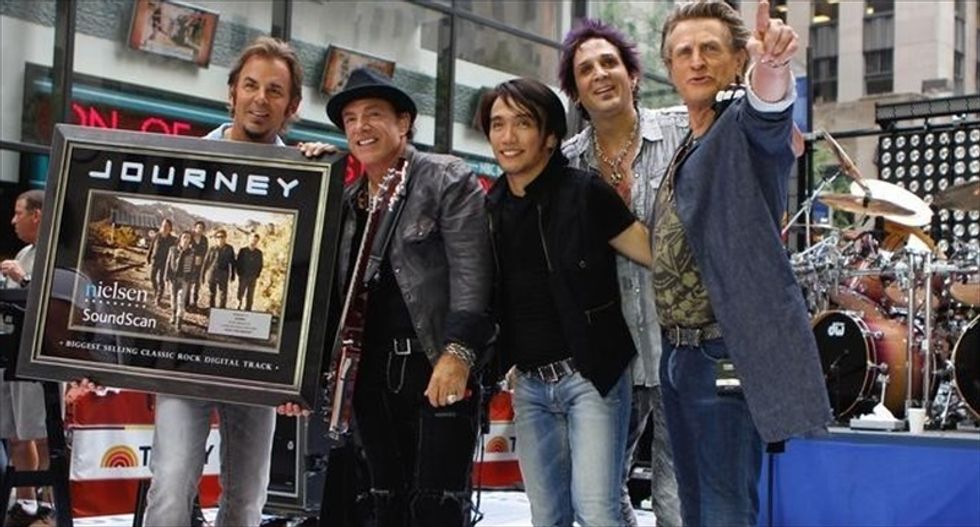 Journey drummer Deen Castronovo was in jail in Oregon on Tuesday on charges of rape and sexual assault, court officials said.

Castronovo made an afternoon court appearance where a Marion County Circuit Judge did not set bail for his release, court officials said.

Castronovo, of Salem, Oregon, is charged with rape, assault and unlawful use of a weapon stemming from his arrest in an alleged domestic violence incident on June 14, the Statesman Journal newspaper reported.

Another hearing was set for Wednesday morning for Castronovo, 50, who was arrested on Monday, according to the county prosecutor’s office.

Journey's best-known songs include "Don't Stop Believin'" and "Who's Crying Now" from the early 1980s.

Castronovo faced charges in 2012 of harassment and reckless endangerment after an alleged domestic incident at his home, according to the Statesman Journal.

The rock band replaced Castronovo with drummer Omar Hakim shortly after his arrest this month.