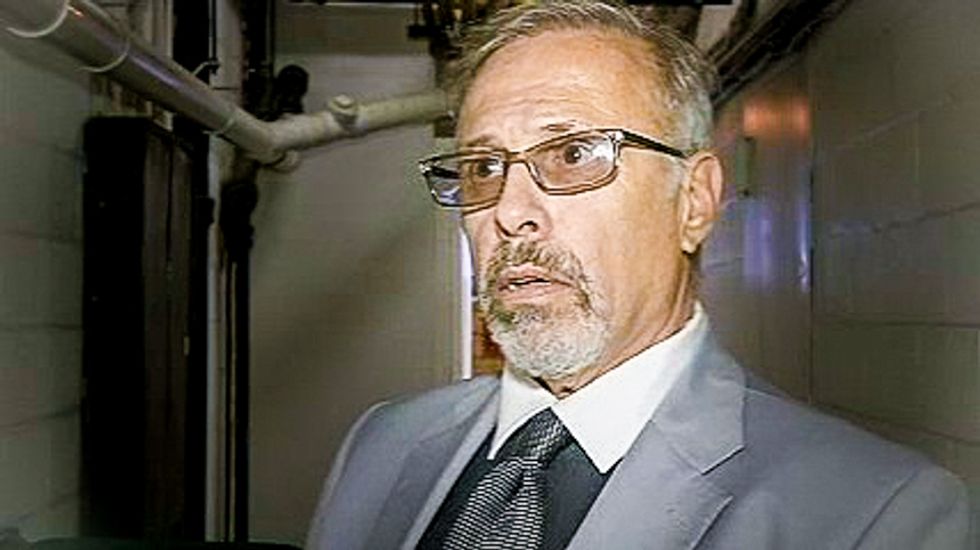 A candidate running for the Buffalo Common Council has refused to end his campaign after he was caught on tape using the N-word to describe black leaders.

In an audio recording obtained by The Buffalo News, Joseph A. Mascia can be heard complaining to a former employee about Mayor Byron Brown, Council President Darius Pridgen, Assemblywoman Crystal Peoples-Stokes, and Dawn Sanders-Garrett, who was Mascia's boss at at the Buffalo Municipal Housing Authority.

During the one-minute profanity-laced recording, Mascia manages to use the N-word eight times.

"The f*cking n*****s, man," he tells the employee as the recording ends. "Once they get in power, forget about it. Forget it. They want it all."

On Wednesday, Mayor Brown called on Mascia to step down as resident commissioner of the Buffalo Municipal Housing Authority

"I have been made aware of the existence of a tape that allegedly contains statements that are unacceptable and inflammatory by any standard," Brown said. "Clearly, if Mr. Mascia can’t deny making these statements, he should immediately resign his elected position as a commissioner of the Buffalo Municipal Housing Authority."

"The statement was totally out of character," Mascia wrote in an email apology. "I have deep regard and respect for the individuals mentioned in the recording and apologize to them personally and profusely. It is my hope that they will accept my sincerest apologies and forgive me for my weakness in that moment."

"Regardless of my frustration at the time, there is no excuse for the language that I used. I will continue to fight for neighborhoods that have been neglected and people who have been ignored," he continued. "I have no intention of interrupting my progressive, inclusive vision for our city and the Fillmore district. As always, I will make myself available to the community to discuss this or any other issue related to the Fillmore district or my candidacy."

Mascia is the Erie County Conservative Party's endorsed candidate for the Buffalo Common Council candidate. He has also entered a three-way Democratic Party primary for the post.