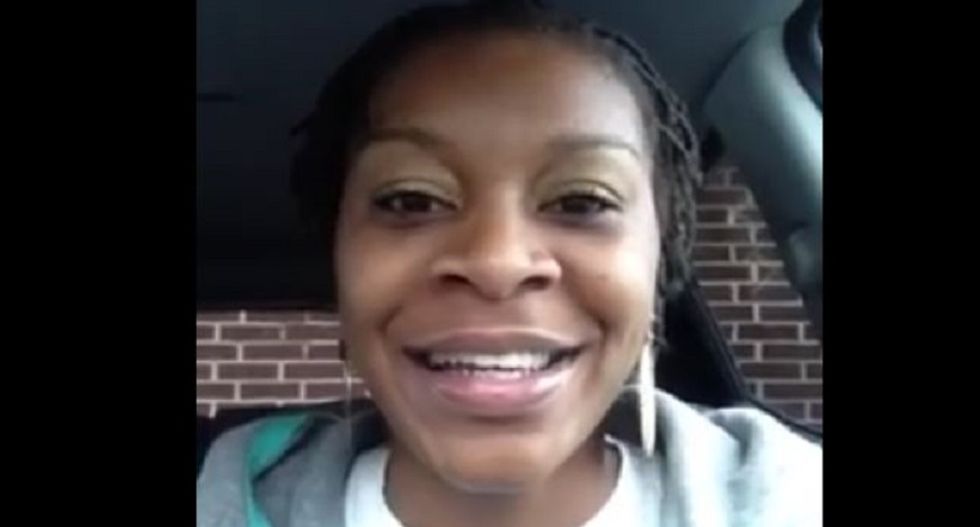 Sandra Bland's family and attorney spoke of the 28-year-old as being excited to open a new chapter in her life after receiving two job offers at a Wednesday morning press conference, countering official reports that Bland had committed suicide.

The grieving family is preparing to bring Bland's body to her home state of Illinois, where funeral services are scheduled at DuPage African Methodist Episcopal Church on Saturday, NBC News reports.

The family's attorney, Cannon Lambert, said Bland had no known medical history of depression and was not being clinically treated for any medical condition that the family was aware of.

"Everybody has hills and valleys," Lambert said. "None of that has anything to do with why that stop took place."

About five months before her death, Bland had posted a video to social media in which she said she was suffering from "a little bit of depression and [Post Traumatic Stress Disorder], ABC News reports.

Bland was stopped by Texas state trooper Brian Encinia on Sunday afternoon for failing to use her turn signal. The routine traffic stop escalated when Encinia told her to put out her cigarette. When she refused, dash cam footage shows him reaching in and trying to pull her out and threatening to "light her up" with a Taser. In the process of arresting her, he slams her into the ground. Footage from a bystander shows him with his weight on top of her while she cries out that he is hurting her.

Bland had just rented an apartment near her new employer and alma mater, Prairie View A&M, where she was to begin work in student outreach.

"She had just gotten to Texas, just gone grocery shopping and filled her fridge," Lambert said. "She left messages with her loved ones."

Bland's bail was set at $5,000 and her family was in the process of posting bond when she was found lifeless in her cell last Monday.

During the press conference, Lambert and Bland's older sister, Sharon Cooper, countered media questions about autopsy reports and speculations about mental illness by focusing on why Bland was arrested and in custody in the first place.

"I’m infuriated and everyone else should be as well," Cooper said.

"Right now Sandy is speaking," Lambert said. "She's speaking, saying find the truth, find the answers. Sandy demands them and we will find them."