Former member of 'God hates f*gs' church: We ignored our own moral impulses to follow the Bible 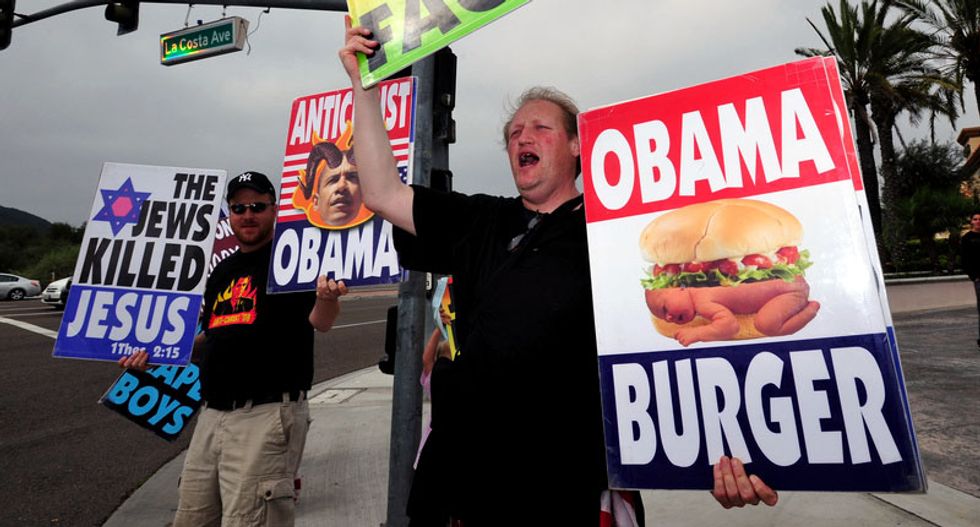 Megan Phelps-Roper, a former member of the Westboro Baptists Church, says her infamous family developed their hateful views because of blind faith in the Bible.

The small Kansas-based church, founded by the late Fred Phelps, gained international infamy for protesting at the funerals of soldiers with signs that said “God hates f*gs” and other offensive messages.

“We were just giving voice to our actual worldview," Phelps-Roper told atheist author Sam Harris in an interview last week. "My family didn’t come to the table with hatred for LGBT people and then look to the Bible to justify their hatred, which is a common charge. They read, ‘If a man also lie with mankind as he lie with a woman, both of them having committed abomination, they will surely be put to death, their blood shall be upon them,’ and walked away from that with – not just that verse, but lots of others ones – they walked away from that with ‘God hates f*gs’ and supporting the death penalty for gays.”

“To categorically deny a connection between those words from Leviticus and our beliefs, to say that we read into the text what we wanted to see, is I think to be blind to the nearly all encompassing power of that sort of blinding faith,” she added.

Phelps-Roper said a Jewish man on Twitter was the first person to plant the seed of doubt in her mind, after pointing out that a member of the church had had a child out of wedlock.

He said having a child out of wedlock was also a sin worthy of death, she recalled. “If she had been killed – if you kill someone as soon as they sin, you completely cut off the opportunity to repeat and be forgiven, which is a major foundation of Christian theology. This is what we were preaching, repent or perish.”

Megan Phelps-Roper disagreed with comments by Reza Aslan, who has said that people insert their values into scriptures to bolster viewpoints they already believed in.

“That is exactly the reverse of what happened to my family,” she said. “Without these texts, they would be doing incredible, amazing things that would change the world for the better. I mean, my family is full of lawyers and professionals and they work hard and they’re incredibly intelligent and have advanced degrees and can be incredibly kind and generous.”

She said the Phelps family ignored their own moral inclinations because of scripture.

"Because they believe it is the word of God, they are left with picketing funerals and causing all sorts of troubles and heartache for people."

Listen to the podcast below: