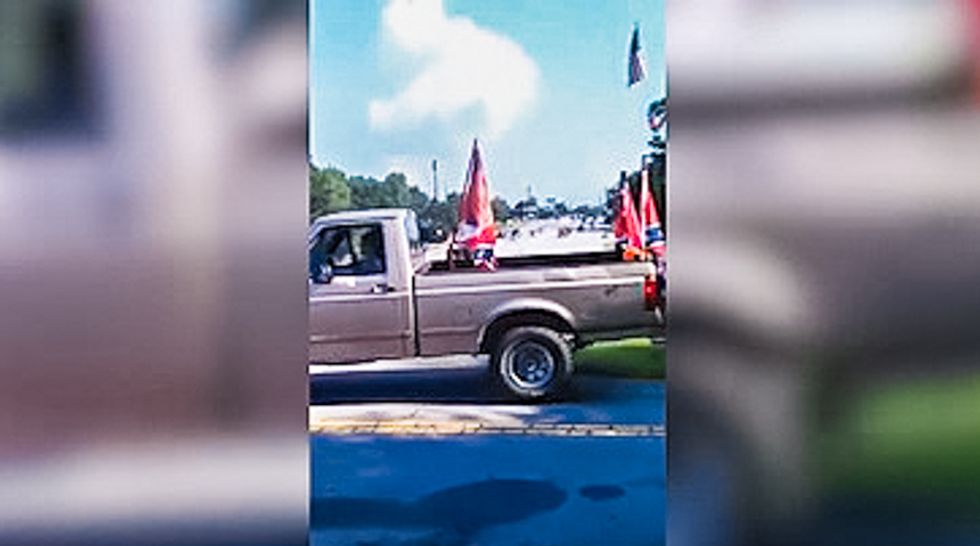 Confederate flags on a truck in Georgia (screen grab)

Witnesses at a birthday party in Douglasville, Georgia over the weekend said that festivities were interrupted when men waving Confederate flags threatened them and used racial slurs.

Cell phone video obtained by the Atlanta Journal Constitution shows police officers holding back people attending a birthday party as white men in trucks with Confederate flags and other flags drive by yelling at them.

"This is a child's birthday party!" one woman shouts back.

According to the Atlanta Journal Constitution, the woman who posted the video on Facebook said that the men were armed and were on her property. She said that they threatened to “kill y’all n****rs.”

“I don’t mind them riding with their flags but I don’t want them going around threaten[ing] people in their yard like they did mine or harassing folks either,” the woman explained in her Facebook post.

Douglasville Police Chief Chris Womack told the paper that his department would release details about the incident later on Monday.