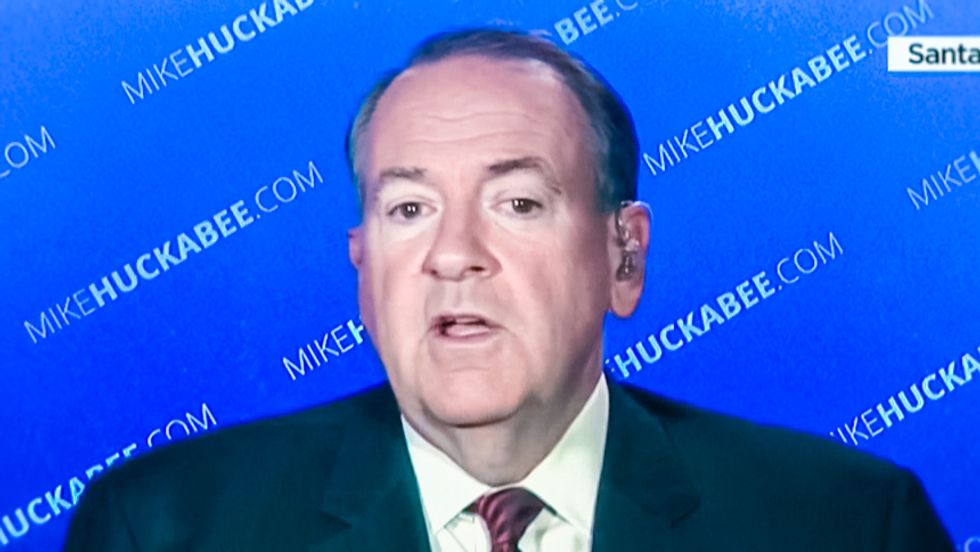 Republican presidential candidate Mike Huckabee on Sunday argued that he was not a hypocrite for calling Jay Z a "pimp" but defending Josh Duggar after it was revealed that he molested young girls.

"You've often criticized Beyonce," CNN host Jake Tapper pointed out to the candidate. "You wrote in your book her husband Jay Z might be -- quote -- crossing the line from husband to pimp."

Tapper noted that many CNN viewers had wondered why "you would say that about Beyonce but stand by another pop culture figure, Josh Duggar, a supporter of yours who admitted molesting members of his own family."

Huckabee dismissed his comments about Jay Z because he said they were "about a quarter of a page in an almost 300-page book, it was a bleep, a quick reference to cultural -- if people read the whole book, they'll get the gist of it."

According to the candidate, he had said that Josh Duggar had been wrong to molest young girls -- including his sisters -- by calling it "disgusting" and "unacceptable."

"What I was standing by was the fact that there were innocent people, including his sisters and others, the victims, who were exposed, humiliated," Huckabee opined. "And there was no sense in which their concerns and their own dignity was respected. I found that the process by which this was released, it was utterly illegal."

"So was I standing by someone who did something wrong? No," he continued. "I said that what he did was absolutely unconscionable, but nothing is unforgivable."

Watch the video below from CNN's State of the Union, broadcast July 5, 2015.