'I can't sit here and listen to this': Anchor loses it after Fox host says abortion worse than lion killing 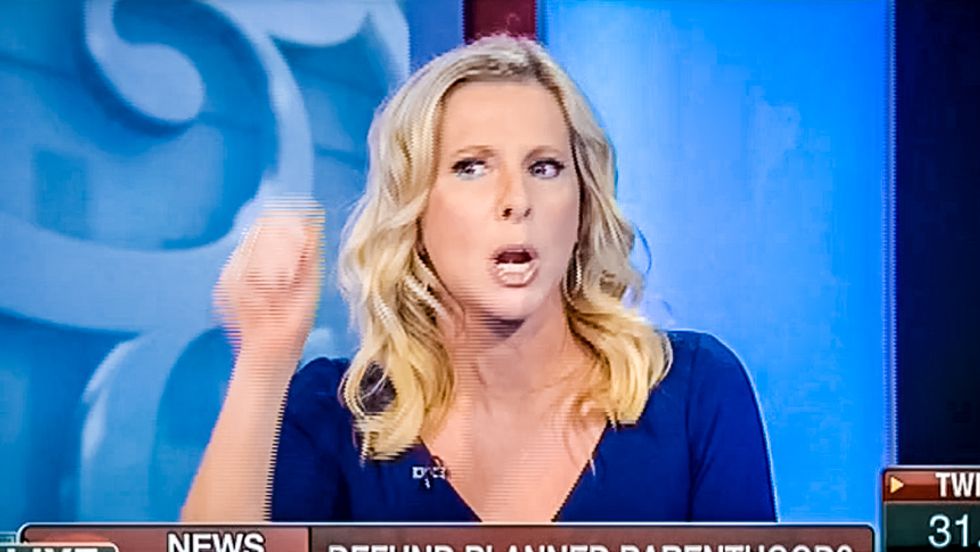 Fox News radio host Todd Starnes got an earful on Wednesday from Cheryl Casone after he argued that the country had lost its "moral compass" because it was more concerned that an American dentist may have illegally killed Cecil the lion, one of Zimbabwe's most beloved tourist attractions, than it was about abortion.

"Look anywhere online and you will find outrage over the dentist killing of a lion for sport," Fox Business host Stuart Varney announced during his Wednesday show. "But you will have to look a whole lot harder both online and in the mainstream media to find similar outrage over Planned Parenthood's baby parts for sale videos."

"They just don't give a damn," Starnes agreed. "At least Planned Parenthood wasn't chopping up the lion for parts like they they're doing these unborn children."

Varney said that he couldn't understand why the country wouldn't find "the body part sale is as important or as outrageous as the killing of the lion."

"Because in our messed up world, we have a country now that does not have a moral compass," Starnes opined. "Right is wrong, wrong is right. And the country is in grave, grave danger. Since Roe v. Wade nearly 60 million unborn children have been aborted in this country. Where's the outrage?"

After Starnes called on the Republican Party to make the presidential debates about the abortion issue, he was interrupted by Fox Business anchor Cheryl Casone, who was waiting off camera to report on Twitter earnings.

"I can't sit here anymore and listen to this," she said. "This is a barbaric practice whether you're pro-life or you're pro-choice."

"The choice is life or death!" Starnes exclaimed, wagging his finger at her.

"You're going to make this about abortion when you've got so many other issues!" Casone shouted back. "You're going to make the election about abortion. Something [that's settled law] since Roe v. Wade. You really want to go all the way back to that debate when there are so many other issues facing this country? That's the election you want to have in 2016?"

"I do wonder if they've got the photographs of aborted little girls!" Starnes bellowed, anticipating a "War on Women" line of attack. "Little girls who do not have a right to live in this country because they've been aborted and their arms and their limbs and their body parts are auctioned off to the highest bidder."

"So you want to overturn Roe v. Wade, is that what you're saying, Todd?" Casone asked sternly.

"I want to defund Planned Parenthood," Todd insisted. "My tax dollars should not fund those kinds of atrocities, period."

"That is a different argument," Casone said.

Watch the video below from Fox Business News, broadcast July 29, 2015.