‘I won’t be a slave to the party:’ Iowa Republican defends his Confederate float at Fourth of July parade 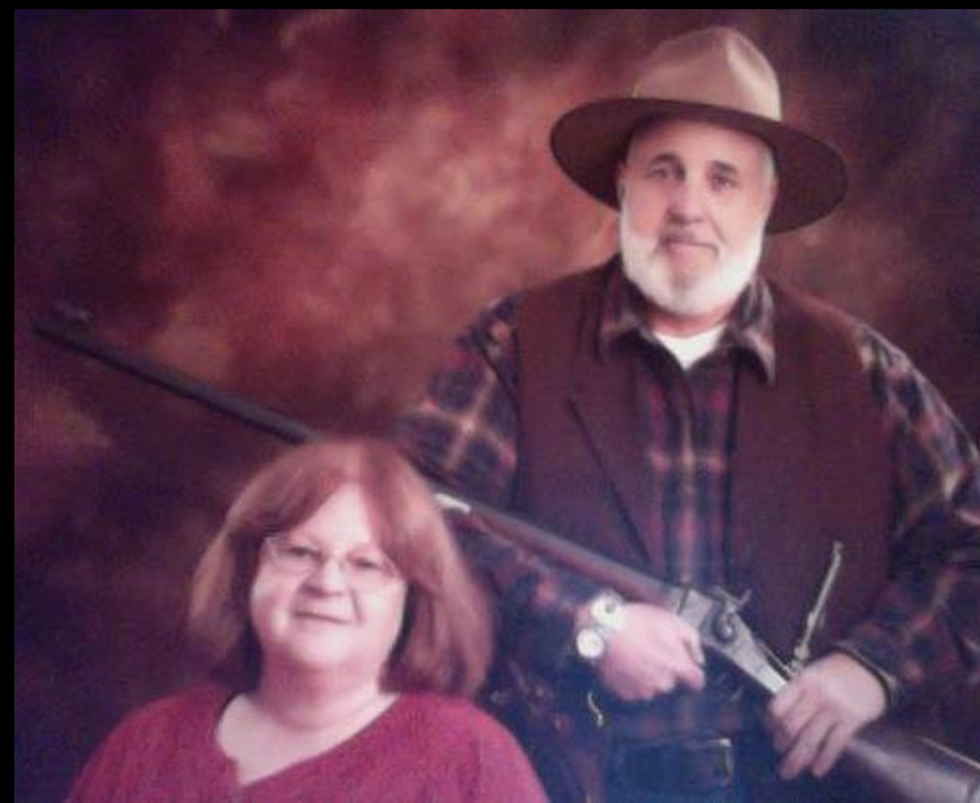 Iowa Republicans are distancing themselves from the Marion County GOP’s Fourth of July float, which was pulled through the streets of Pella and Pleasantville by a truck flying three Confederate flags.

The DeMoines Register reports that Linda and Owen Golay own and decorated the truck that pulled the Marion County GOP float in this year's Independence Day parades. According to the paper, "Golay attached the three flags on three different sides of his truck" and "posted handwritten statements on both sides of the truck detailing three congressional acts — in 1906, 1929 and 1958 -- by which the U.S. government recognized or gave rights to Confederate veterans."

Branstad, as well as the Ed Bull, Marion's Republican Central Committee co-chairman and County Attorney, oppose using the party as a vehicle to promote the Confederacy, KCRG reports. Meanwhile, Jeff Kaufmann, chairman of the Republican Party of Iowa, tells the DesMoines Register the Confederate flag is in "opposition to what the GOP and the party of Lincoln stands for."

Linda and Owen Golay have resigned from the Marion County Republican Party central committee following Saturday's Confederate float PR disaster. They are, however, members of the Sons of Confederate Veterans organization, and fly the Confederate flag on a daily basis at their Iowa home.

To the press, Owen Golay remains defiant against senior Republicans who'd prefer he not advertise the flag representing an armed insurrection against the U.S. government in defense of enslaving black people.

Golay lists his Republican detractors by name, saying he we not subject himself to their attempts at what he sees as enslavement.

"I guess my message to Mr. Kaufmann would be that we won't be slaves to the Republican Party," Golay tells the DesMoines Register. "I'm insulted that our county attorney, Ed Bull, could make a statement [against the Confederate flag], but he didn't have enough guts to talk to me when he saw me. … I think they're pretty much cowards."

According to his Facebook page, Owen Golay has owned Golay Heating and Cooling since 1995, a company that offers service discounts to military veterans.

On Facebook, Golay shares his thoughts about not having to pay taxes, loose gun laws, and motorcycling against Muslims. Screenshots below: 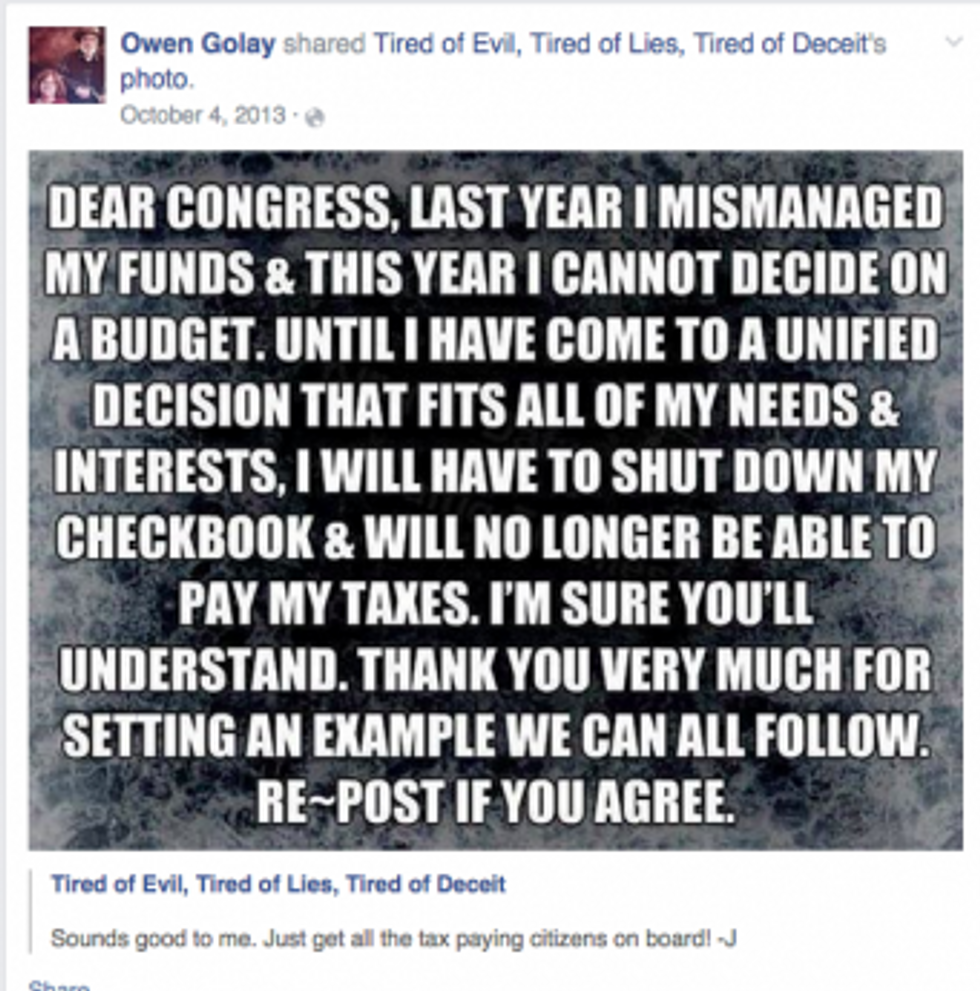 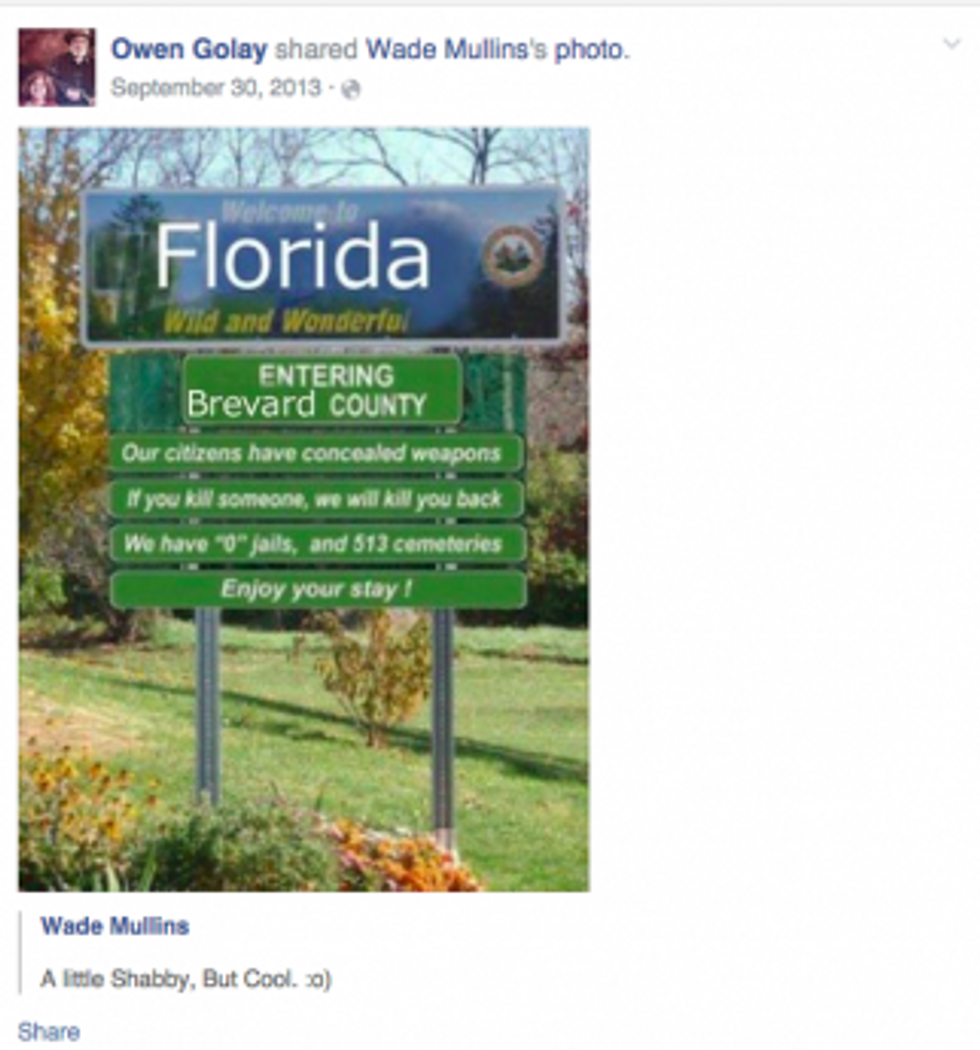 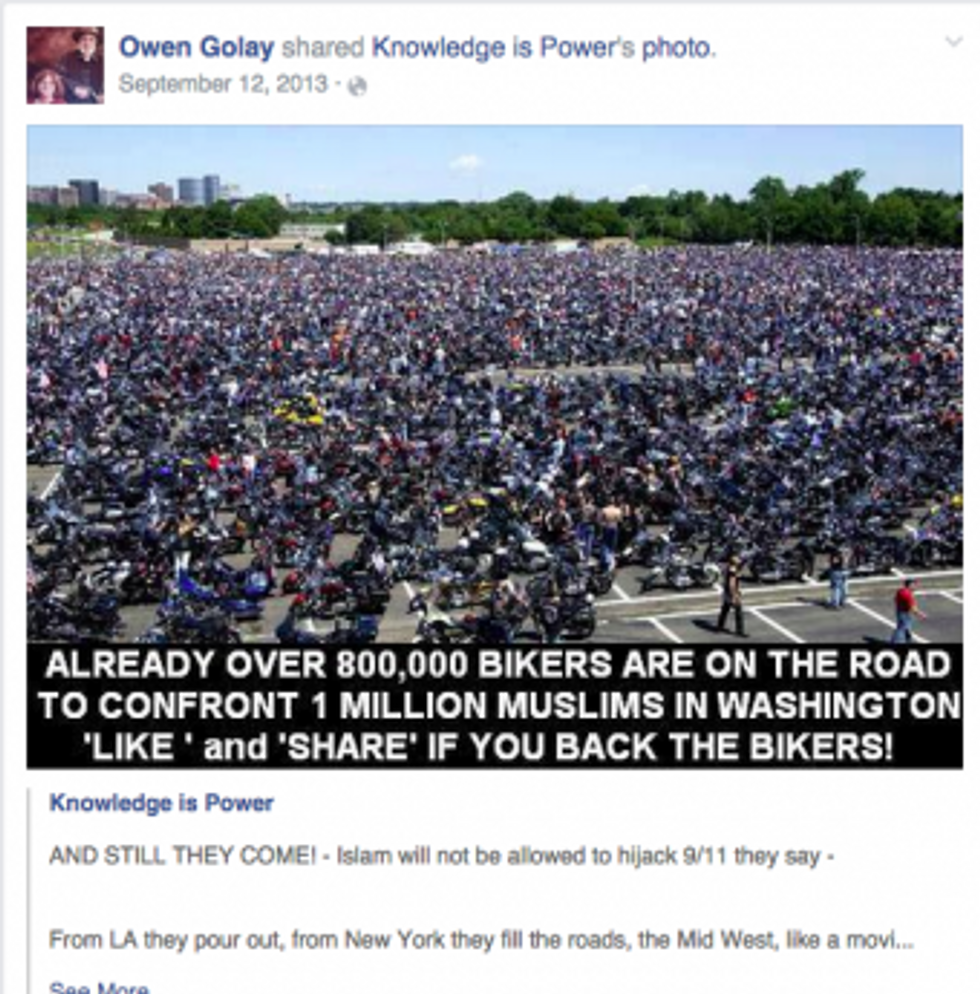 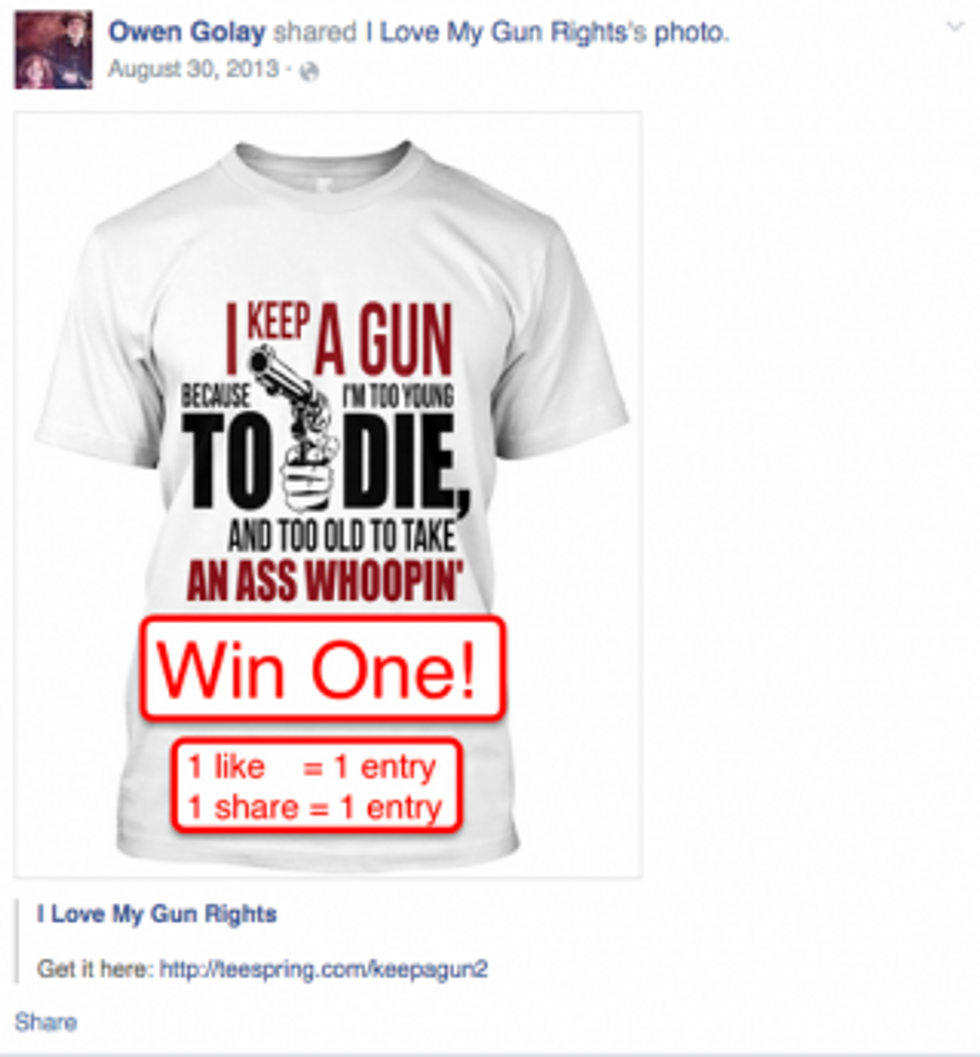