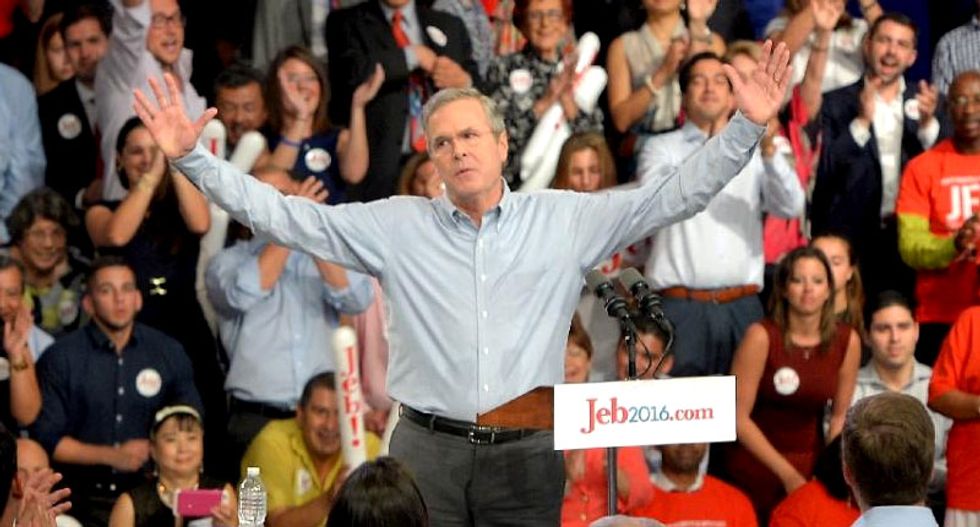 Republican White House hopeful Jeb Bush vows to launch comprehensive immigration reform, including stronger borders and finding a way for the 11 million undocumented people in the country to make their status legal.

Back in 2008, then-candidate Barack Obama pledged to seek a major immigration policy reform that would let the undocumented stay indefinitely. But his efforts hit a wall in the Republican-run Congress.

According to former Florida governor Bush, a president is only going to be able to carry off the sometimes controversial issue if the new leader "is committed to protecting the border" and to building people's trust.

"That is the way it is. I am making the commitment, and I know that we can get it done," Bush said in an interview with Telemundo network, the first he has done completely in Spanish since throwing his hat in the ring.

The son of ex-president George H.W. Bush and brother to former president George W. Bush explained his plan would see 11 million people come out of the shadows, get a legal work permit, pay taxes and a fine, as well as learn English without getting federal benefits but while eventually obtaining permanent legal status.

Jeb Bush's take on immigration -- far more liberal than most Republicans' stands -- could help him get more support from Hispanics, the United States fastest-growing minority group.

He raised some eyebrows among conservatives last year when he said illegal immigration sometimes is an "act of love" by one relative desperate to be reunited with their US-based family. The issue is expected to be a divisive one for Bush's party this year.

But it is a personal matter for Bush. His wife, Columba, was born in Mexico.

"We speak Spanish at home. We eat Mexican food at home. Our kids are Hispanic in a lot of ways. So the Hispanic influence in my family is very important in my life," Bush added in Spanish.