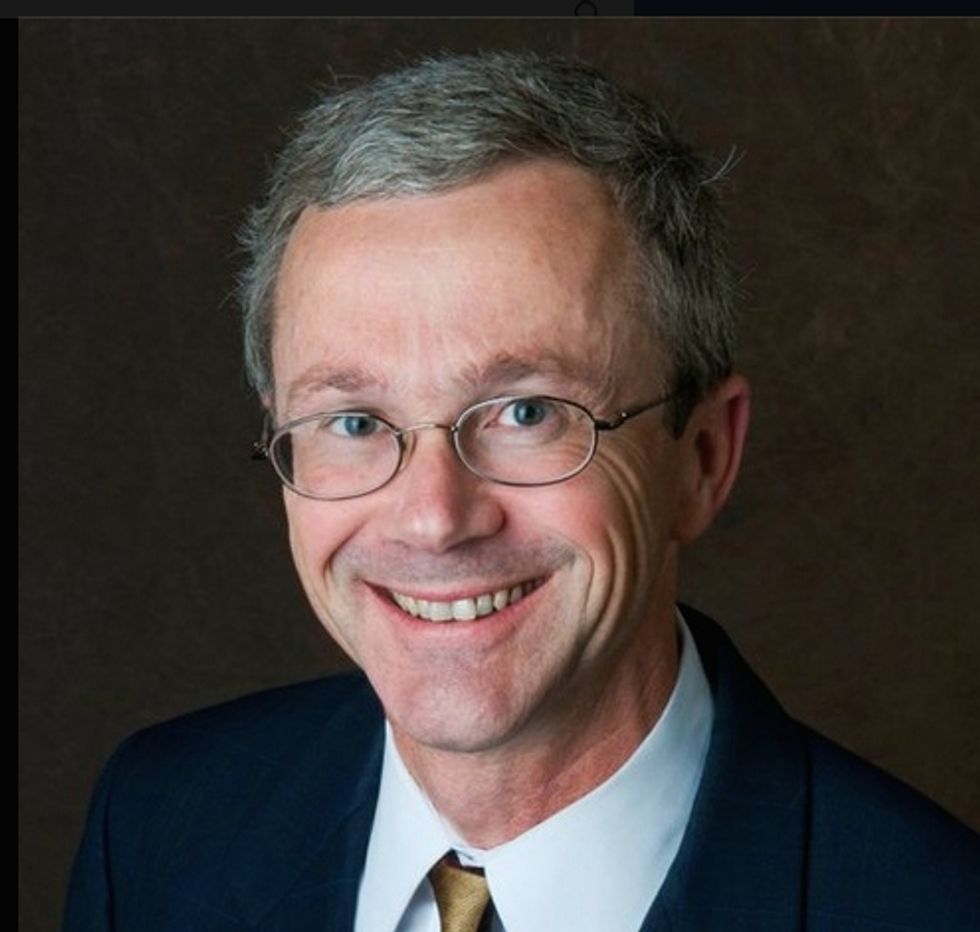 A civil rights advocacy group is calling for the resignation of an Alabama lawyer, employed by the state's Supreme Court, for pleading that state officials reject the legality of same-sex marriage, AL.com reports.

On Tuesday, AL.com published Johnson's letter in its entirety. Hours later, the Southern Poverty Law Center (SPLC) called for Johnson to step down from his publicly-funded position.

"Chief Justice Moore should insist," Cohen says in a statement to AL.com, "that Win Johnson, the director of the legal staff of the Administrative Office of Courts, resign his position immediately in light of the letter Mr. Johnson wrote in response to the United States Supreme Court's decision in the same-sex marriage case."

"No one who urges resistance to the Supreme Court's ruling," Cohen continues, "and who claims that '[p]ublic officials are ministers of God assigned the duty of punishing the wicked and protecting the righteous' should be serving as an official in the Alabama court system."

"Dear David," Johnson began, "I've attached some of my immediate thoughts on today's ruling. However, please remind the governor that in spite of what the U.S. Supreme Court said today, AL's case has not been ruled on yet by the Eleventh Circuit. There's no reason to rush to surrender."

"The governor better get ready for civil rights legislation making sexual orientation the same as race," Johnson continued. "That's law now – the questionable science regarding the origin of homosexuality – now law of the land. When, oh when, will we see this so-called court is nothing but a kangaroo, masquerading as a court of law?!"

Johnson then attached his now infamous letter. Highlights excerpted in screenshot form below:

The court lawyer begins by declaring Jesus the lord of civil government, among other things. Johnson writes to Bentley, "You cannot serve two masters; you must pick -- God or Satan."

By allowing gays to marry, Johnson argues, the government becomes a "persecuting power." "Will you stand up for the law Alabama.. for the law of God?" Johnson demands. "Or will you capitulate? Will you become complicit in the takeover by the wicked?"

Johnson, whose Facebook profile says he currently serves in a Staff Judge Advocate position with the U.S. Air Force Reserves, writes that laws as we understand them no longer exist, so officials are not obligated to follow any.

Before the end of his screed, Johnson gets around to invoking Nazis:

Johnson concludes by calling on public official to reject the law of the land allowing couples of the same gender to marry, or else Judgment Day might not fare well for them. 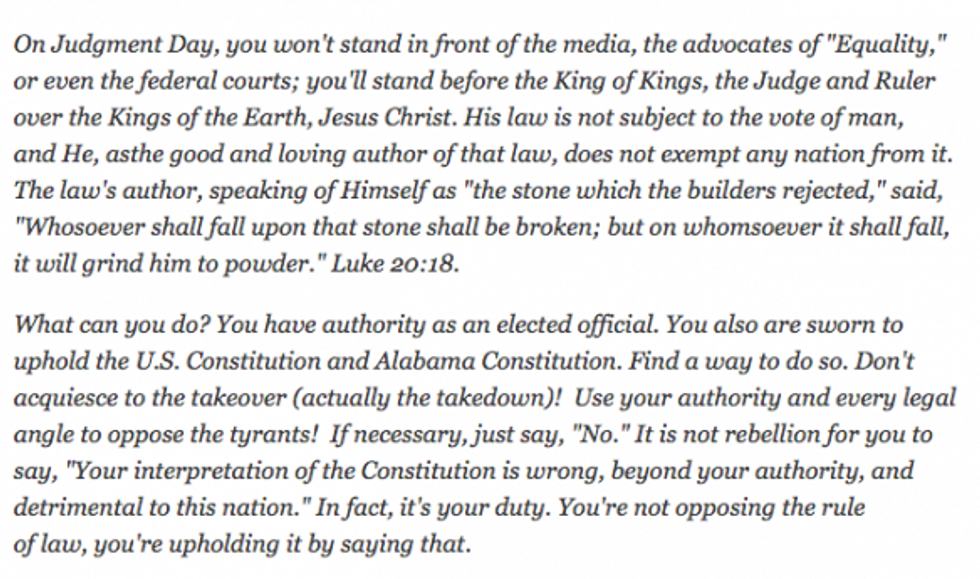