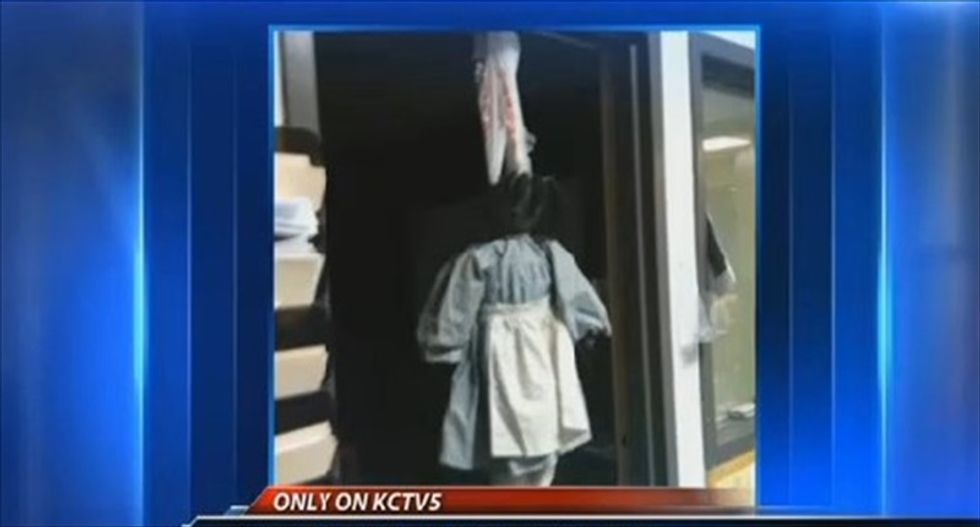 A Kansas City, Missouri hotel could face a protest after a local attorney published a picture of a "slave doll" hung from a doorway by a white supervisor in an attempt to mock Sandra Bland, KCTV-TV reported on Monday night.

The attorney, Stacy Shaw, posted the image on Monday, saying the doll was set up in a break area with a "noose" made from a plastic trash bag. Authorities in Waller County, Texas, said they found Bland hanged in her jail cell earlier this month. Shaw's post can be seen below:

Shaw said she obtained the photo from an employee who went to her for legal advice after taking the picture on July 21. She has not said whether the employee lost his job at the hotel.

"I was deeply disappointed and outraged that in 2015 in a city that I love that there could be such blatant intolerance and racism that was present in the workplace," she said, adding that she has scheduled a news conference for Wednesday morning to share more information regarding both the incident and an anti-racism rally she plans to organize.

The hotel's general manager, John Parker, confirmed in a statement that the incident occurred on July 21, while describing it as "completely inconsistent" with the hotel's culture. He also said management investigated the doll the following day.

"Immediately following the investigation, the employee was terminated, Friday, July 24th, prior to the start of their next shift," Parker's statement read. "The Adam’s Mark Kansas City is committed to maintaining a positive working environment free of unlawful harassment."

Watch KCTV's report, as aired on Monday, below.