Louie Gohmert: The pope is treating climate change deniers like Galileo -- and it's Obama's fault 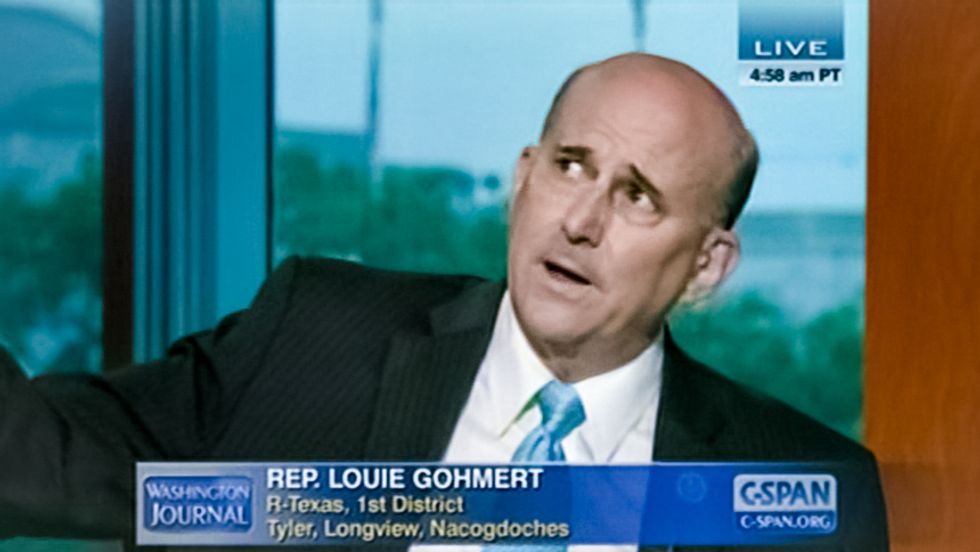 During an interview with C-SPAN's Washington Journal, host Greta Brawner asked the Tea Party-backed Republican to weigh in on the pope's warning that God would judge those who did not act on climate change.

"The trouble is that he has been persuaded that climate change is something that is dramatically affecting the planet right now, he's bought in to all this," Gohmert explained. "We have had popes that made enormous mistakes that were influenced by the world around them."

"But if he'll just really objectively look at the data and see that the world is really not warming," he continued. "Climate change, I don't see it so much as a problem. Where I live in east Texas, we have climate change, I totally believe that, I know that to be a fact. In fact, we have it four times a year."

When Brawner pressed Gohmert about who had persuaded the pope, the congressman pointed to the president and the media.

"By the massive onslaught of media trying to convince the world that climate change is our leading problem, the president said it repeatedly," Gohmert argued. "It's wonderful it the pope listens to the words of the U.S. president, that's a good thing."

"And people wondered, 'How in the world did that whole group of educated people come to the wrong conclusion?'"