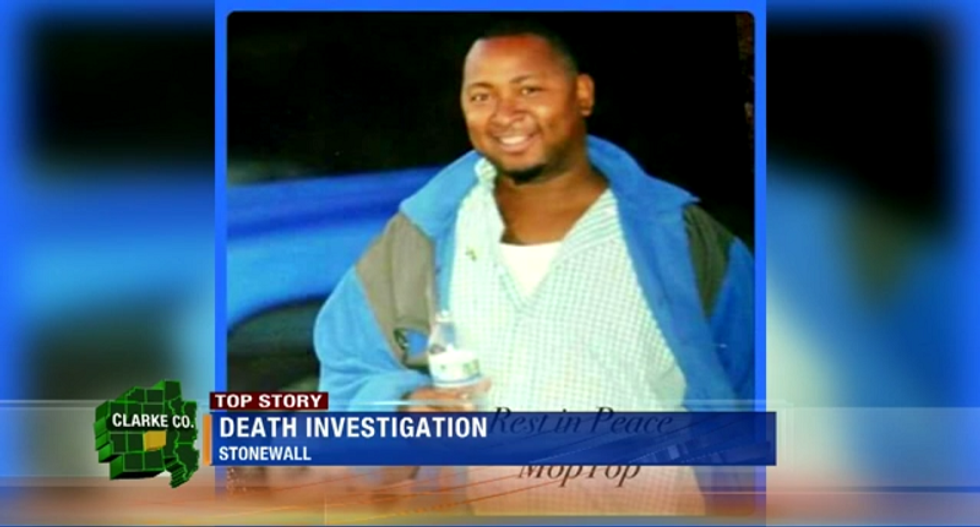 Stonewall police chief denies claims made by attorney for family of Jonathan Sanders, who suffered fatal injuries during an altercation with police officer

State officials in Mississippi are investigating the death of an unarmed black man who was killed in a physical struggle with a police officer, according to authorities.

Jonathan Sanders suffered fatal injuries during an altercation with white officer Kevin Harrington on Wednesday night, in the small town of Stonewall, in the eastern part of the state.

Several local media outlets reported that J Stewart Parrish, an attorney for Sanders’s family, said Harrington pulled Sanders from a horse and choked him to death with a flashlight. Parrish did not respond to an email or phone message on Friday.

But Stonewall police chief Michael Street denied the attorney’s allegations, telling the Guardian the two men had engaged in what he termed “a fight” without weapons after Sanders voluntarily stepped down from a horse-drawn buggy.

“We won’t know until the autopsy is over what was the actual cause of death,” said Street. “But there was no flashlight used to choke anybody – that’s false. And there were no shots fired by either man, there were no weapons at all, and he was not dragged off a horse.”

Friends and relatives of Sanders have embarked on a campaign demanding “Justice for Jonathan”, displaying a flyer that shows Sanders riding a horse on social media accounts. A community horse ride is being planned as a tribute.

“Please continue praying for me and my family as we so desperately need,” his mother, Frances Sanders, said in a post to Facebook.

Street has asked the Mississippi Bureau of Investigation (MBI) to investigate the incident. He declined to specify why Harrington stopped Sanders. “But there’s no lighting on a horse carriage, and at 10.30 at night that’s … well I can’t discuss that further,” he said in a telephone interview.

The police chief said Sanders had no active warrants against him and that Harrington did not know who he was when the confrontation took place. Warren Strain, a spokesman for the MBI, did not respond to a request for comment about the case.

Both Harrington and a medic gave CPR to Sanders, according to Street, before the 39-year-old was taken to a hospital in an ambulance. His body has been transferred to Jackson, about 100 miles to the west, for a full autopsy, according to authorities.

Asked whether the officer was injured in the encounter, Street would only say Harrington was released after being taken to hospital for a procedural checkup and drug test. Harrington has been placed on leave from work for an unspecified period, according to the chief. “With everything going on right now, we thought that was best,” he said.

Street said it was not clear whether Sanders acted aggressively. “At this point we’re not sure,” he said. “It would be premature for me to make any assumption on what Mr Sanders did or did not do.” He confirmed Sanders was unarmed.

The police chief also declined to detail where the incident happened. “All we can say is that it was within the Stonewall city limits around 10.30pm,” he said.

Stonewall houses only 1,144 people, according to 2013 US census bureau data, which found that 77% of residents were white and 23% were black. Almost 29% of families in the town had incomes below the poverty line.

The town was established in Clarke County in the years after the American civil war and was named after General Thomas “Stonewall” Jackson, a senior commander in the confederate army, according to the state department of archives and history .

Street said his department is comprised of 10 part-time officers – nine white and one black. He said one of the white officers was a woman and the other nine officers were men. “So we’re kind of diverse,” he said.

Street said he expected that the results of the MBI’s inquiry would be put to a Clarke County grand jury for the consideration of criminal charges.

The police chief appealed people to remain calm while the inquiry was carried out. “We don’t need anything being taken out into the street,” he said. “Our community is a good community. We don’t see any issues there. We are going to continue our good relationship.”