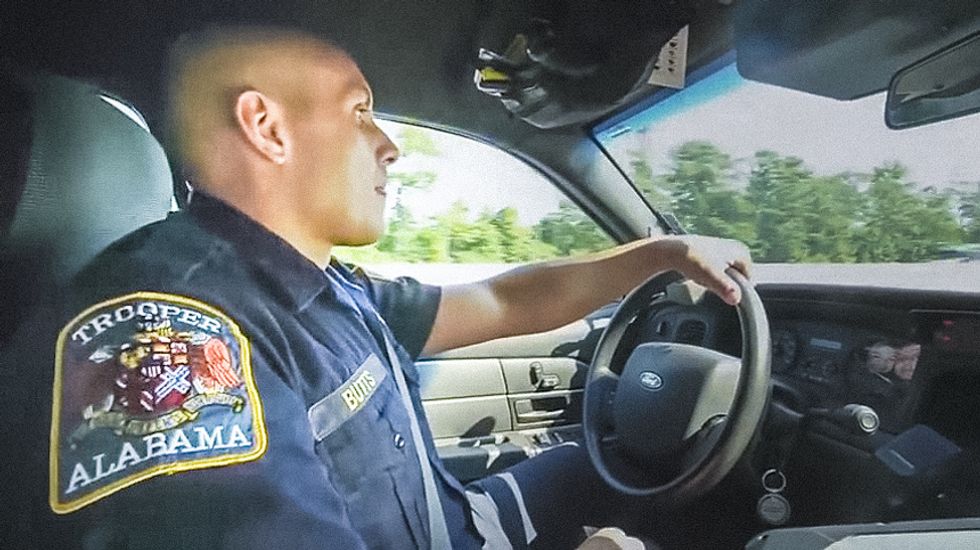 The NAACP of Huntsville has called on the state of Alabama to remove Confederate flag symbols that are displayed on the uniforms and cruisers used by Alabama State Troopers.

Although it is not as blatant as the flag that once flew over on South Carolina's statehouse grounds, an image of the Confederate battle flag is embedded in the Coat of Arms of the State of Alabama, which is worn by every trooper and displayed on each of their vehicles.

NAACP of Huntsville spokesman Rev. Robert Shanklin told WAFF that the rebel flag has to go.

"The time is right, and I just think it needs to be," Shanklin explained. "We need to do a clean sweep. The state and local government, anywhere that that's located."

The Alabama Highway Patrol has acknowledge the request, but said that the decision was in the hands of Gov. Robert Bentley (R).

Following the removal of the battle flag in South Carolina last week, the NAACP has stepped up its effort to curb the use of Confederate symbols on government property.

The Atlanta chapter of the NAACP officially requested that a carving of Confederate war generals Jefferson Davis, Robert E. Lee and Stonewall Jackson be removed from Stone Mountain, which is considered to be the largest bas-relief sculpture in the world.

The National NAACP convention was expected on Tuesday to urge the state of Mississippi to remove the Confederate flag from its state flag.

"We want to put it where it belongs, in a historic museum. It belongs in a museum," NAACP spokesperson Hilary Shelton point out. "So it should not be flown as a banner of reverence. It's only flown as an emblem of hatred, violence, discrimination and murder. So, that being said, we're calling for it to come down."