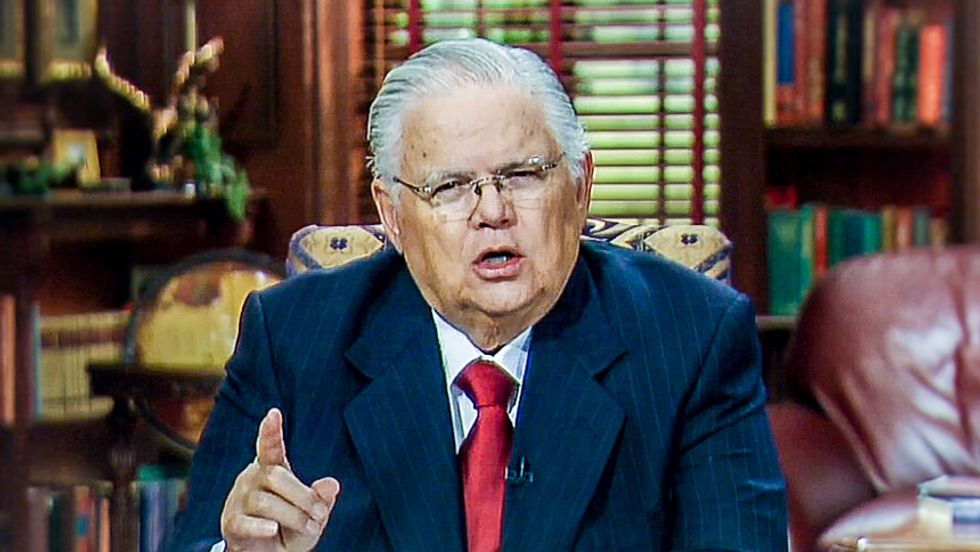 In his first comments on the marriage ruling, Hagee warned that the Supreme Court had become a "threat to American democracy."

"We are entering an era of judicial tyranny," he explained. "This ruling is a direct attack on states' rights. This ruling prohibits states from defining marriage as an institution consisting of one man and one woman. This naked judicial power grab by the court is at odds with our system of government."

Hagee argued that the U.S. Supreme Court could not override the "Supreme Court in heaven," which had decided in a 3-1 ruling that "same-sex marriage will never be accepted in heaven as legitimate."

According to the pastor, the Bible commanded Christians to disobey laws that went against God's will. To make his point, he compared same-sex marriage to a story in Exodus in which Pharaoh commands that all male Hebrew babies be killed at birth.

"The Bible clearly says that the Egyptian midwives gave birth to the Jewish children, defied Pharaoh by not reporting it and God blessed them for defying Pharaoh because God says thou shall not kill," Hagee remarked. "That's a Bible illustration of obeying the word of God over the government."

"Whenever the state demands what God condemns, stand up against it," he continued. "This is the standard of righteousness."