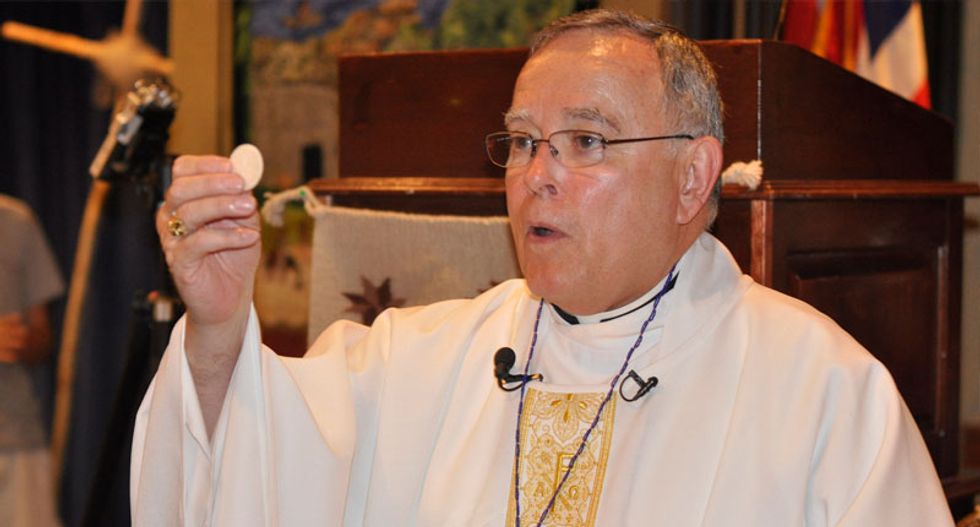 Philadelphia Archbishop Charles J. Chaput this week praised a Catholic school for firing a lesbian teacher for being married to her partner, insisting the situation was "nothing complicated."

Margie Winters had taught at Waldron Mercy Academy for eight years. She was fired from the Catholic private elementary school in Merion Station after a parent wrote a letter complaining about her marriage to Andrea Vittori.

The archdiocese denied playing a role in Winters' firing. But Chaput released a statement on Monday defending the school's decision.

"Schools describing themselves as Catholic take on the responsibility of teaching and witnessing the Catholic faith in a manner true to Catholic belief," he said. "There's nothing complicated or controversial in this. It's a simple matter of honesty."

"I'm very grateful to the Religious Sisters of Mercy and to the principal and board members of Waldron Mercy for taking the steps to ensure that the Catholic faith is presented in a way fully in accord with the teaching of the Church," Chaput added. "They've shown character and common sense at a moment when both seem to be uncommon."

Winters was fired at the end of June after refusing to resign. She said the school principal knew she was married to another woman when she took the job in 2007.

"In my mind, for me to resign means that what this woman and what she believes the church is saying is true and I don't believe that's true," Winters told local media outlet WPVI.

Philadelphia mayoral candidate Jim Kenney noted the school's stance appeared to contradict the pope's message of tolerance towards LGBT people. “I just hope the pope comes in September and really puts some people in line," he remarked.

But Phillymag columnist Joel Mathis said Chaput and Pope Francis appeared to be headed for a showdown.

"Chaput seems to have a specific mission in mind — to lay down a marker for what the church’s teachings on gay relationships and should be — and he doesn’t have time to wait until after the pope’s visit to begin making his case."

Chaput told the National Catholic Register in 2013 that members of "the right wing of the church" have generally "not been really happy about" about Pope Francis.

More than 100 people rallied in support Winters on Sunday afternoon, according to WPVI.

"I'm here to support Margie and let her know what was done to her was unjust, discriminatory and unfair," parent Anthony Arechavale told the news outlet.

"I think it's a shame she was fired because she's such a great influence on all our lives," Stella Peterson added.