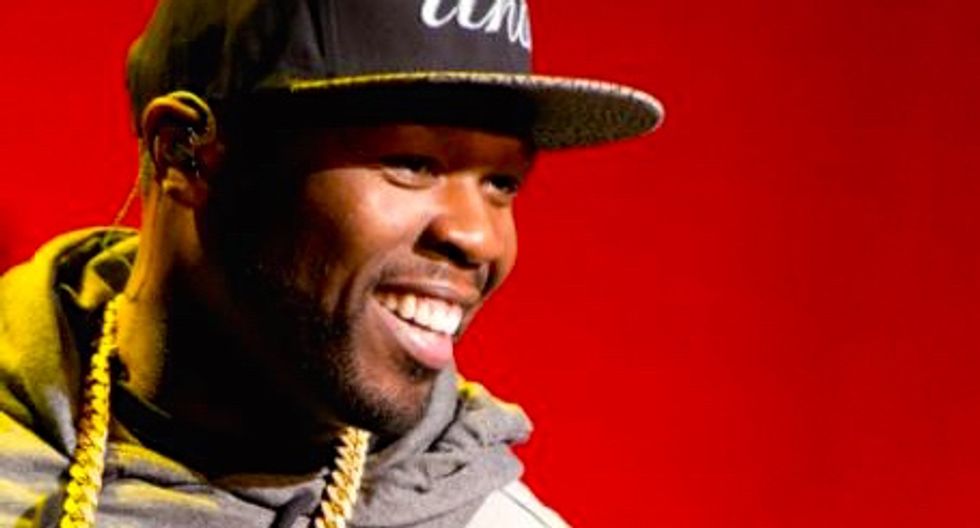 He calls himself 50 Cent, but the hip-hop mogul says he may not be worth even that.

The rapper known for the album and movie "Get Rich or Die Tryin'," filed for bankruptcy protection Monday as he faced a hefty payout in a lawsuit related to a sex tape.

In a document filed with a federal bankruptcy court, the rapper whose real name is Curtis James Jackson III listed both his assets and liabilities at between $10 million and $50 million.

The bankruptcy filing, which would protect 50 Cent from paying creditors, came days after a jury ordered him to pay $5 million to a woman who appeared in a sex tape that went online in 2009.

In the video, 50 Cent poses as his alter ego Pimpin' Curly, sporting a wig and speaking in an artificially high voice, as he narrates the Florida woman's sexual encounter and mocks fellow rapper Rick Ross, who has a child with her.

50 Cent's lawyers that he was not responsible and that Ross or Ross' associates released the video, in which the woman has sex with another man.

But a New York jury sided with the woman, holding 50 Cent responsible for $5 million for violating her civil rights and inflicting emotional distress.

He filed for bankruptcy just as the court was determining whether he owes further punitive damages. The woman's lawyer had reportedly asked for total damages of $20 million.

As the sex tape case went forward, 50 Cent in May put into bankruptcy protection a boxing promotion company he owns, SMS Promotions LLC.

Forbes magazine estimated earlier this year that 50 Cent was worth $155 million, having made $100 million in 2007 by selling his stake in energy drink VitaminWater.

The New York-born rapper listed his address as a mansion in Farmington, Connecticut.

According to The Wall Street Journal, the home was once owned by boxer Mike Tyson and has 21 bedrooms and an eight-car garage.