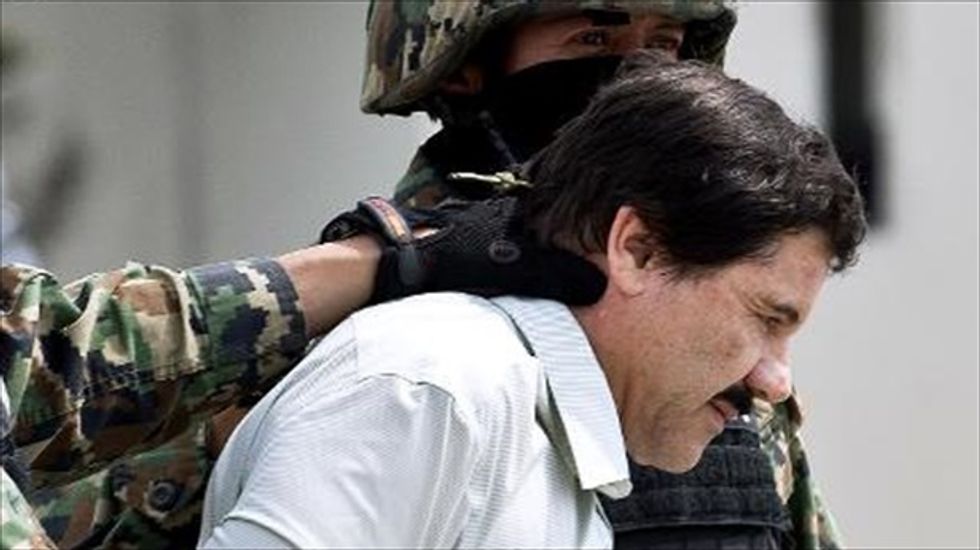 Drug kingpin Joaquin "El Chapo" Guzman escaped through a 1.5-kilometer (one-mile) long tunnel that was dug under the shower space of his prison cell in central Mexico, authorities said Sunday.

The hole led to the huge tunnel with a ventilation and light system, Rubido said, adding that its exit was in a building that was under construction.

A motorcycle on a rail system was found in the tunnel and is believed to have been used to transport tools and remove earth from the space, which was 1.7 meters high and around 80 centimeters (2.6 feet) wide.

Rubido said 18 prison guards will be interrogated by prosecutors in Mexico City.

Until Guzman escaped, Rubido said, "the day had gone on normally and at around 8:00 pm he was given his daily dose of medicine."

The maximum-security prison is located 90 kilometers (55 miles) west of the capital in Mexico State. Guzman had been jailed there since February 2014.

It is the second time in 14 years that Guzman has broken out of prison. The last time, in 2001, he hid in a laundry basket to escape from a prison in western Jalisco state.