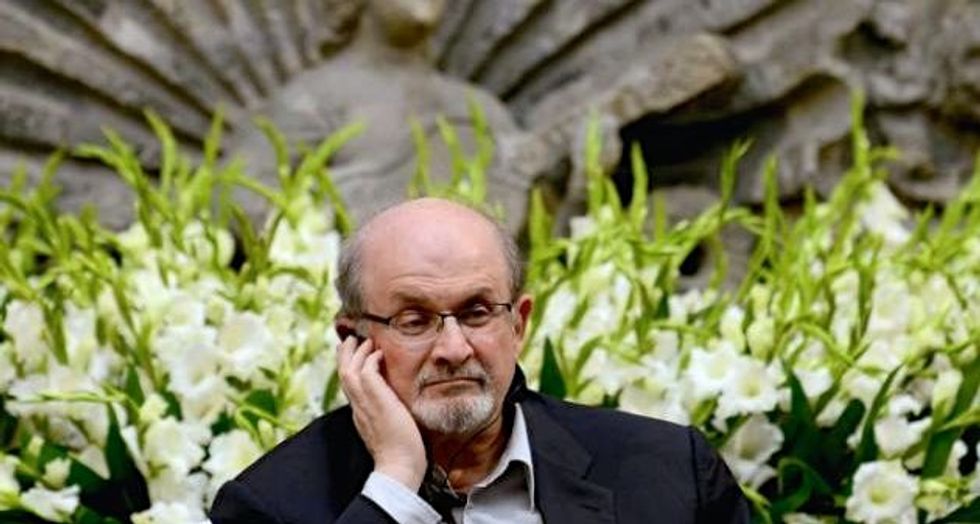 AFP/AFP/File - Writer Salman Rushdie, pictured on October 5, 2014, told L'Express, "Instead of concluding we need to oppose these attacks on freedom of expression, we believed we should calm them through compromises and ceding"

More than a quarter century after being slapped with a fatwa fromIran calling for his murder over his book "The Satanic Verses", Salman Rushdie says the world has learned the "wrong lessons" about freedom of expression.

The British author, in an interview published Wednesday by the French news magazine L'Express, said his ordeal by religious fanatics determined to violently avenge what they construed as blasphemy should have served as a wake-up call to the world.

Instead, after the September 11, 2001 attack on America and the massacre in Paris in January this year of cartoonists and staff at the Charlie Hebdo satirical weekly, and with the ongoing rampage of the brutal Islamic State group in the Middle East, Rushdie said some writers and other people were too cowed to talk freely about Islam.

"It seems we learned the wrong lessons," he said in the interview printed in French. "Instead of concluding we need to oppose these attacks on freedom of expression, we believed we should calm them through compromises and ceding."

The "politically correct" positions voiced by some -- including a few prominent authors who disagreed with Charlie Hebdo receiving a freedom of speech award at a PEN literary gala in New York in May -- were motivated by fear, Rushdie said.

"If people weren't being killed right now, if bombs and Kalashnikovs weren't speaking today, the debate would be very different. Fear is being disguised as respect," he said.

Rushdie, born in India to non-practising Muslims and himself an atheist, said the 1989 fatwa issued against him by Iran's then supreme leader, the late Ruhollah Khomeini, was, as he wrote in his 2012 memoir, "a first note of the dark music".

Following the fatwa, bookstores carrying his book were firebombed and the Japanese translator of the novel was stabbed to death.

Iran's government said in 1998 it had suspended the murder fatwa, though other regime organs insist it remains in place.

"Extremism constitutes an attack against the Western world as much as against Muslims themselves," Rushdie told L'Express.

"Keeping silent does not help Muslims.... Fighting extremism is not fighting Islam. To the contrary, it defends it."

The writer said that the controversy that surrounded the PEN prize to Charlie Hebdo this year convinced him that, if the attacks against "The Satanic Verses" had occurred today, "these people would not come to my defence and would use the same arguments against me by accusing me of insulting an ethnic and cultural minority".

He added that he had "greatly suffered" from being forced to live in hiding and under police protection after Iran's fatwa. But he appreciated the fact that his book was now being looked at for the work it was meant to be, and was studied in universities.