San Francisco officials brush off Fox: 'You're not a reporter. Fox News is not real news.' 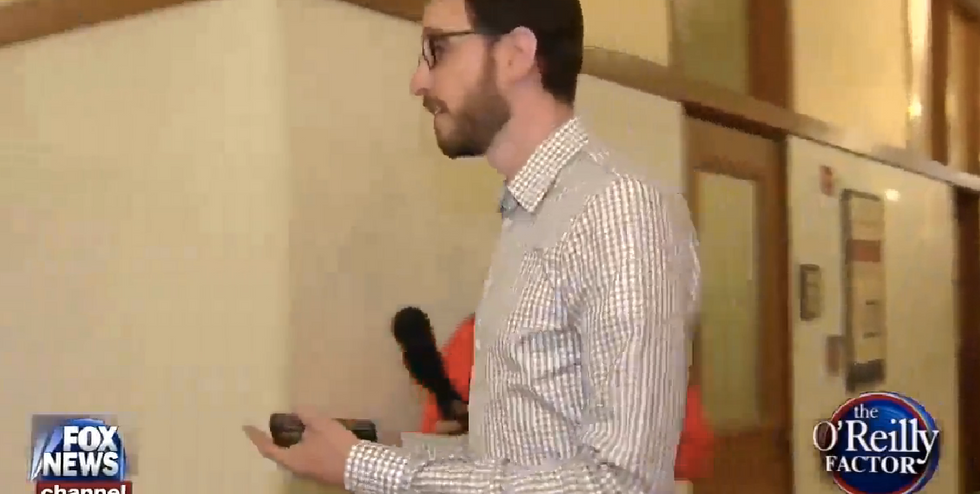 San Francisco's city officials have no time for Fox News' latest attempt to gin up anti-immigrant hysteria over the alleged murder of a white American woman by an undocumented immigrant.

Bill O'Reilly sent one of his employees to ambush different members of the San Francisco Board of Supervisors, accusing them of enabling the murder of Kate Steinle by declaring the city a "sanctuary city" where undocumented workers can access health care, police and fire assistance and other public services without fear of deportation or other forms of government reprisal.

City Supervisor and human rights attorney Jane Kim told the Fox representative that the issue at play in Kate Steinle's death isn't immigration, but gun control, and how to keep weapons out of the hands of felons and the mentally ill.

Katy Tang, on the other hand, excoriated the microphone-wielding Fox employee for ambushing her and accusing her of complicity in a murder.

"Of course Fox News would be this rude," she said, turning to walk away. When he chased her and continued to pepper her with questions about her role in the death of Kate Steinle, she said, "You're interviewing the wrong fucking person."

Scott Wiener didn't even break his stride as he made his way to his office.

“Fox News is not real news," Wiener said calmly. "And you're not a real reporter. I talk to real news only."

Watch video of Fox's attempt to ambush Wiener, embedded below:

This elected official has the appropriate response to Fox News' chicanery: pic.twitter.com/TVmPr0id0o