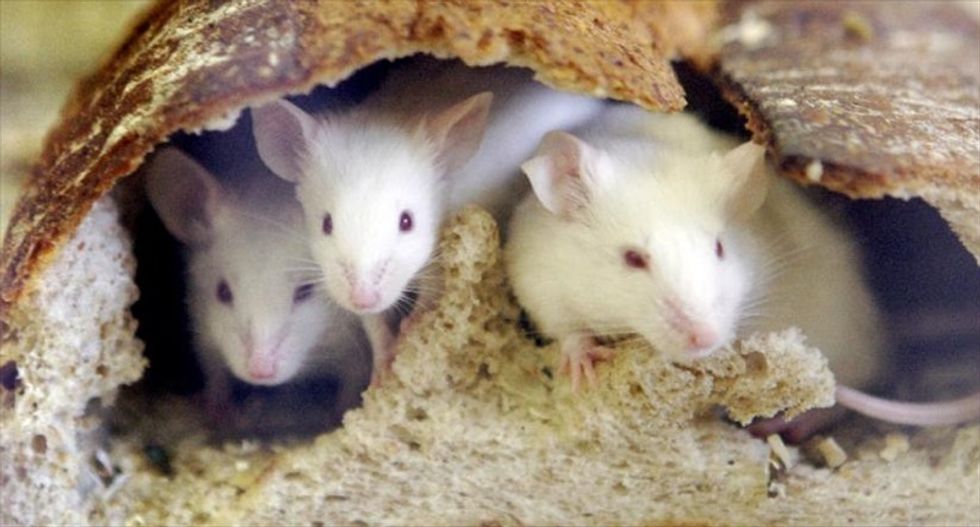 Scientists have successfully altered the neural networks of laboratory mice using a wireless controller; allowing them to study the effects of neural stimulation without invasive procedures and without test subjects tethered by wires.

The tiny implant, smaller than the width of a human hair, let the scientists determine the path a mouse walks using a remote control to inject drugs and shine lights on neurons inside the brain.

Neuroscientists have until now been limited to injecting drugs through larger tubes and delivering photostimulation through fiber-optic cables, both of which require surgery that can damage the brain and restrict an animal's natural movements.

The optofluidic implant developed by the team from Washington University School of Medicine and the University of Illinois was found to damage and displace much less brain tissue than the metal tubes, or cannulas, scientists typically use to inject drugs.

The device is mounted to the head of the mouse and is powered by a small battery, removing the need for it to be wired, and contains tiny reservoirs filled with the drugs to be administered during tests.

In one such experiment, mice were made to walk in circles after a drug that mimics morphine was injected into the region of the mouse's brain that controls motivation and addiction.

In other tests the scientists used a technique known as optogenetics, where mice have been modified so that their neurons are lights sensitive, to stimulate the mice's brain cells with miniature LEDs. The test subjects were made to stay on one side of a cage by remotely making the implant shine pulses of light on the specific cells. The mice were about three feet away from the remote antenna during the experiments.

The research, published recently in scientific journal Cell, could lead to the development of more minimally invasive probes to treat neurological disorders including stress, depression, addiction, and pain.