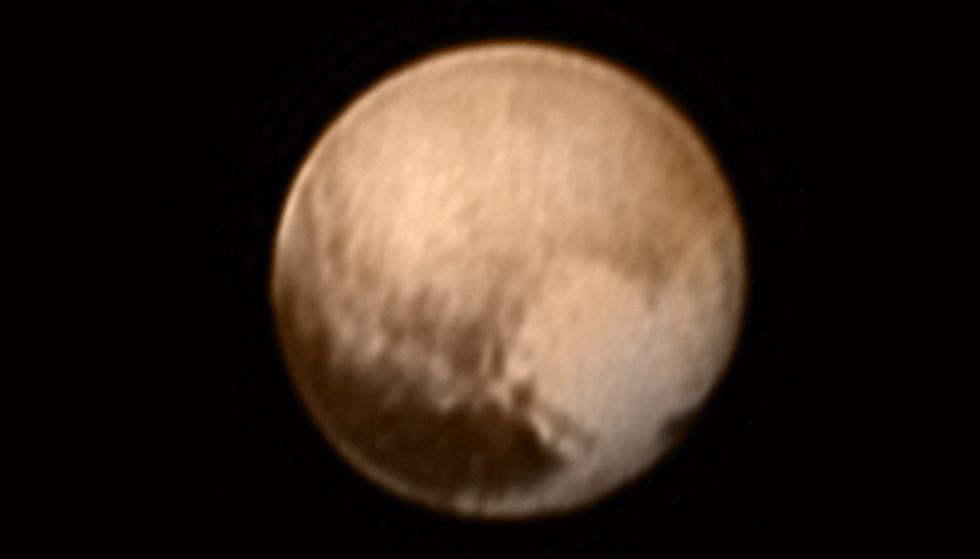 NASA's New Horizons spacecraft is closing fast on an unexpectedly spotted Pluto, the most distant planetary body ever explored.

From New Horizon’s position more than 3 billion miles (4.88 billion km) from Earth, radio signals, traveling at the speed of light, take nearly four and a half hours to reach the ground.

Not that the probe, which has been traveling toward Pluto for more than nine years, is currently spending much time relaying back pictures and data from its seven science instruments.

With its closest approach to Pluto slated for 7:49 a.m. EDT on Tuesday, New Horizons is running on auto-pilot to gather as much scientific information as possible leading up to its one-shot punch past Pluto and its entourage of five known moons. Data will be radioed back to Earth over the next 16 months.

"You have to really be into delayed gratification if you want to be on this mission," said New Horizons lead scientist Alan Stern of the Southwest Research Institute in Boulder, Colorado.

The spacecraft, about the size of a baby grand piano and weighing in at just over 1,000 pounds (454 kg), doesn’t carry the propellant to fire braking rockets to slow down and slip into orbit.

NASA launched a fleet of initial reconnaissance missions between 1960 and 1977 to every planet in the solar system except Pluto.

But after the 1992 discovery that the solar system had a heavily populated 'backyard' beyond Neptune, a region known as the Kuiper Belt, a band of scientists won their long crusade to send a probe to Pluto.

Pluto and its icy Kuiper Belt kin are believed to be relics left over from the formation of the solar system 4.6 billion years ago. The most recent image relayed from New Horizons and released on Saturday shows large, evenly spaced dark spots on the side of the Pluto that permanently faces its primary moon Charon. The spots are related to a dark belt that circles Pluto’s equatorial region.

"We're seeing these crazy black-and-white patterns. We have no idea what those mean," said New Horizons scientist John Spencer, also with the Southwest Research Institute. New Horizons will pass on the other side of Pluto, coming as close as 7,800 miles (12,500 km) and traveling at 30,800 mph (49,600 kph).

From there, New Horizons will continue to shoot deeper into the Kuiper Belt for a possible second mission to a Pluto cousin.