Steve Doocy: Ten Commandments are in courthouses because it's 'where our laws came from' 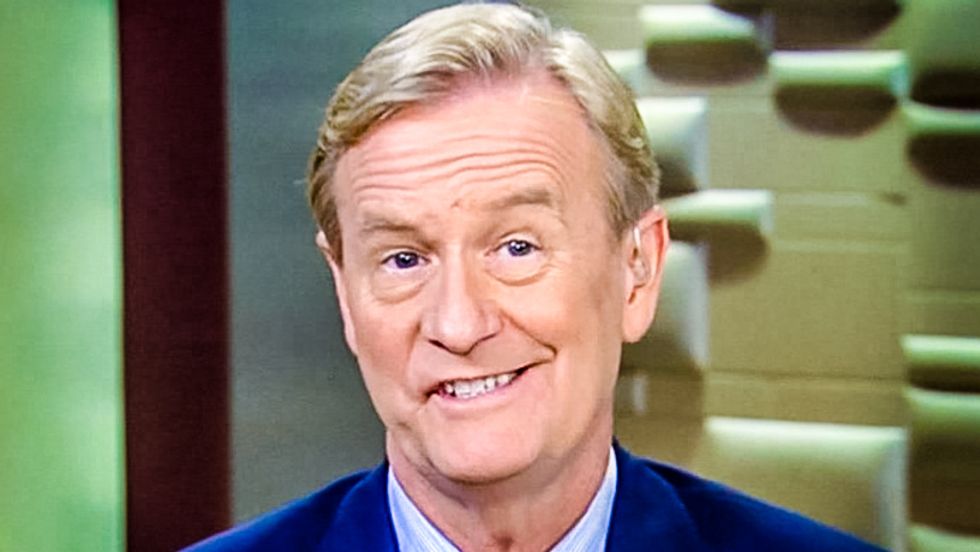 Fox News host Steve Doocy on Wednesday defended government institutions that had been ordered to take down religious displays of the Ten Commandments, arguing that it was where laws in the United States had originated.

Earlier this week, the Oklahoma Supreme Court ruled that a Ten Commandments monument on the state capital ground violated the state constitutional prohibition on using public property for the benefit of a religion.

During a Fox & Friends "Fight For Faith" segment on Wednesday, Doocy suggested that the move had been "just another instance of judicial activism."

State Rep. Mike Ritze (R), whose family funded the monument, told Doocy that he was shocked because the judges had never ruled against a Ten Commandments display before.

"Well, you know, it's curious because in many instances like this, Mike, things in state capitals and on public ground are regarded as historical because that's where our laws and our heritage comes from, came from in the beginning when this nation was first founded," Doocy opined.

Ritze pointed out that he and his wife had homeschooled three of their children to teach them their "heritage."

"We homeschooled them and we hoped to continue [for] other youth in Oklahoma and citizens to understand the heritage and the historical significance of the decalogue or Ten Commandments," Ritze insisted. "One of the things we've emphasized is, don't let your freedom slip by, don't let your heritage, your history -- if you forget your history, you forget your future."

As Rev. Barry W. Lynn pointed out during a similar case in 2012, there is almost no evidence that the Founders based U.S. law on the Ten Commandments.

In fact, "41 law professors and legal historians filed a brief debunking the idea that U.S. law springs from the Ten Commandments," Lynn wrote.

Slate's Phil Plait observed that only three of the commandments are punishable under U.S. law: Murder, theft and perjury.