Study on pesticides in lab rat feed causes a stir 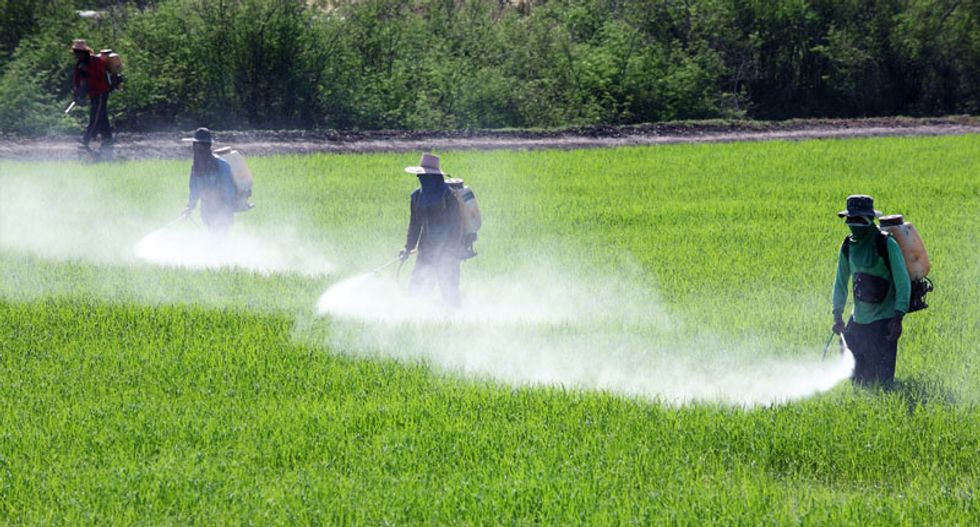 Published in the journal PLOS ONE, the study reported finding pollutants in 13 different types of lab rat food from five continents.

They detected residue of 262 pesticides, four heavy metals, and 22 genetically modified organisms, said the team led by Gilles-Eric Seralini of the University of Caen in Normandy.

This contamination with chemicals whose "toxic effects" are documented, may be the real cause of so-called "spontaneous" diseases developing in lab rats, they said.

In food safety trials, these spontaneous diseases are attributed to genetic factors rather than the chemical being tested.

This all placed a big question mark over a vast swathe of past research into food toxicity -- data which is used over and over again to compare new findings against, said the team.

"All these data taken together invalidate the use of historical control data," wrote the team.

But experts who did not take part in the study said the analysis "lacks discipline" and dismissed its conclusions as "speculative".

"For their interpretations to be compelling, Seralini et al would need to do feeding experiments with 'non-contaminated chow' and show that there is a significantly lower level of cancer incidence in those animals on the non-contaminated chow," said plant scientist Cathie Martin of the John Innes Centre, England.

Pharmacology professor Alan Boobis of Imperial College London said that the levels of individual contaminants were "extremely low" and not at "toxic levels" as stated in the paper's title.

And toxicology expert Tamara Galloway of the University of Exeter, in comments to the Science Media Centre, said "the discussion speculates beyond the evidence presented in this paper."

The study authors include many of the same team that published a contested study in 2012 linking pesticide-treated, genetically-modified corn with tumours in lab rats.

That paper was withdrawn by the journal which first printed it, and later republished in a different one.

Critics said the rats used in that study were of a strain prone to cancer, and were fed a diet that did not resemble the animals' natural food intake.

"The current work is no less inconclusive than the previous study," said Maurice Moloney, chief executive officer of the Global Institute for Food Security in Canada.

"The new paper suggest we ought to doubt an entire testing system but does not provide the evidence to back up such doubt."

Publication of the latest study was delayed last month after PLOS ONE demanded certain clarifications.