The attack on Planned Parenthood is more about contraception than abortion 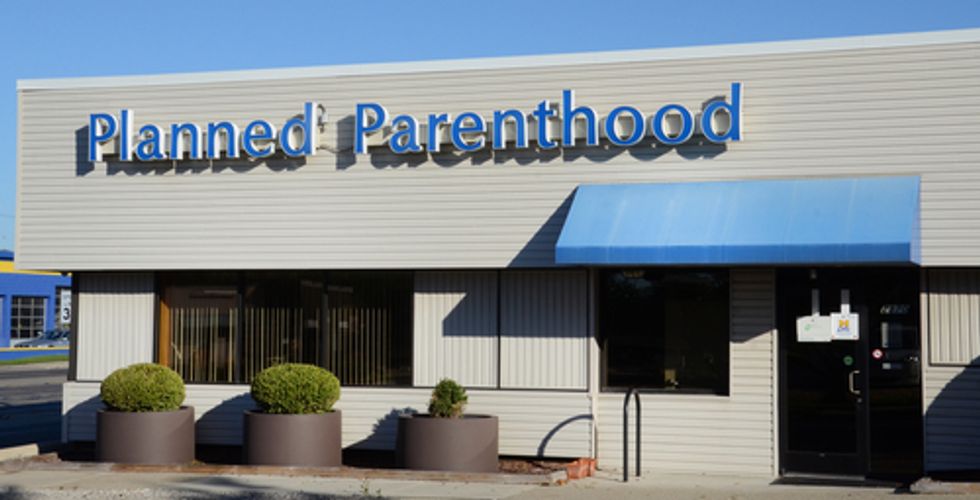 That Planned Parenthood hoax video was apparently some kind of bat signal sent out to conservatives to indicate that it's time for a free-for-all: That any lie, no matter how outrageous or easily debunked, is totally on the table now, so long as it's about Planned Parenthood. That much is evident when you read this piece at Media Matters about how Bill O'Reilly and Andrea Tantaros worked themselves into an absolute frenzy of bullshit over this. It was so bad that it is actually easier to pull out the not-false statements than the false ones, except that all you would get is blank space, since nothing they said had any relation to the truth.

Like Andrea Tantaros saying, "And look, here's my view on Planned Parenthood. It provides services now, those services are provided under Obamacare. So, we don't really need Planned Parenthood." Nope. That is a lie. To hear her talk of it, you'd think there are all these new Obamacare clinics and that you just wander into one of those. Obamacare has some provisions in it to improve health care services, but it's really just about getting people insured. But even being generous, if her point is that Obamacare requires contraception coverage, yes it does. You still need a doctor to prescribe it. A lot of women, especially low income women on Medicaid, struggle to find a doctor that will take them on as patients, provide actual comprehensive sexual health care, or take their insurance. But Planned Parenthood is happy to help! A lot of their federal funding doesn't come to them directly, but through Medicaid. Planned Parenthood has a role within the reformed health care system, but there are no ready replacements for the kind of services they provide.

O'REILLY: 90 percent of their services are abortion-related.

It's actually three percent. He is off by 87 percentage points.

This kind of shameless lying has really had a compounding effect, I think, over the years. Basically, everything anti-choicers say is a lie. There's not a lot of wiggle room around that. If you comb through their claims, it's lies all the way down. I think what has happened is that they get away with lying so often---and in fact, have gotten their lies into legislation and even into the courts---that they're just getting bolder. At this rate, we'll soon be hearing that taking the birth control pill causes your uterus to fall out.

And I do think this is lying, and not an honest mistake. That information is out there. I believe, very strongly, that Tantaros and O'Reilly know full well that Planned Parenthood is primarily a source of contraception for low income women---and that is why they hate it. Planned Parenthood combines two things that conservatives hate: 1) It provides services that allow low income people to live better lives and improve their economic opportunities.* 2) It promotes the idea that women should be able to have sex on their own terms.

Allowing women to have sex on their own terms is threatening because it really disrupts the system that keeps men in power over women in personal relationships. It's not just that it makes it harder to trap a woman with pregnancy, though that is part of it. But it's more that, as long as unwanted childbearing is a threat hanging over women's head, it injects a major power imbalance into sexual relationships. The woman has to live with the "consequences" for having sex, but the man can walk away. So that helps keep up cultural norms that make women placating and submissive. But the more that women can  have sex on their own terms without fear of unintended childbearing, the more leverage they have in relationships with men. Is he a domineering dick? Well, good thing you didn't have kids with him! Just walk away. You can experiment, date around more, just generally live your life.

It also, needless to say, removes a lot of men's economic power over women. Now that women can complete college and get a career going before having kids, they compete with men on more equal footing. All those women sneering about reproductive rights on Fox News are, I guarantee it, pure hypocrites on this front. I doubt very much that Andrea Tantaros is a virgin, but she certainly seems to think that your opportunities to work and get an education should be ruined by having a normal, healthy sexuality in the way opportunities were not.

But if you have any doubts left that the calls to defund Planned Parenthood are way more about contraception than abortion, remember that most of what Planned Parenthood does is contraception (and other sexual health management), so most of what would be lost is that. In addition, none of the federal funding they get goes to abortion. So, in that sense, this attack is 100% about everything but abortion. It's about trying to destroy an organization because it's too good at helping women get the health care they need.

*This is why the warm-up to attacking Planned Parenthood was going after ACORN. It's all about kneecapping poor people to keep them poor.