'The tyranny of the minority!': Fox show goes completely off the rails when host objects to 'In God We Trust' 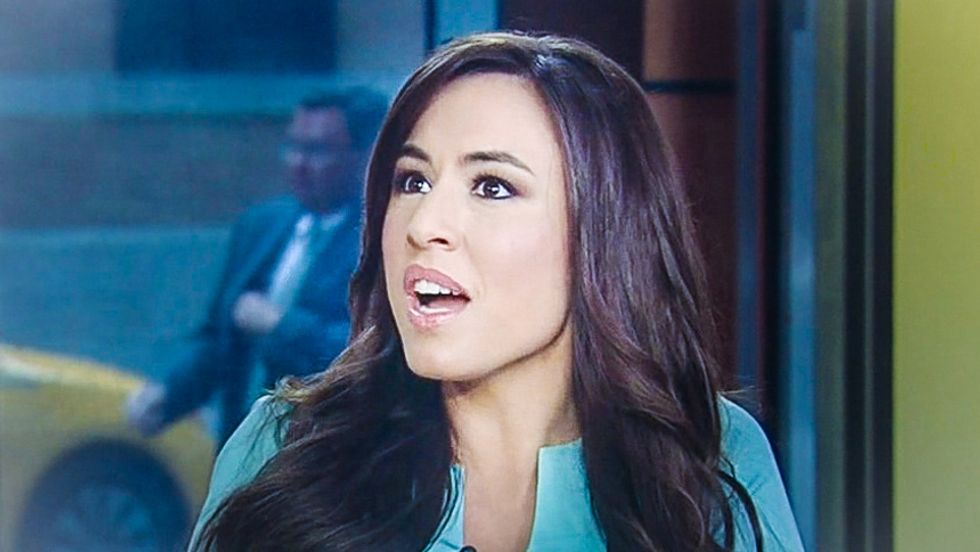 The Fox News show Outnumbered lived up to its name on Monday when four hosts ganged up on a liberal contributor for saying she objected to the phrase "In God We Trust" appearing on U.S. currency.

While discussing a Missouri sheriff who had decided to put "In God We Trust" on all of his official vehicles, Democratic strategist Julie Roginsky argued that it was inappropriate, although she acknowledged that the Supreme Court had said that the phrase did not violate the First Amendment of the Constitution.

"I'm going to say something that's going to get me so much hate mail," she said. "I don't agree with the court. Separation of church and state means if you want to put 'In God We Trust' on a bumper sticker and put it on your car, great. Don't put it on my money, don't put it on government property, take it out of the pledge of allegiance."

"Not because I hate God!" she shouted as other members of the panel began to interrupt.

"How do you think they purchased the cruisers? With Monopoly money?" Fox News host Andrea Tantaros shot back.

"What? God gave it to them?" Roginsky quipped.

"No, it says 'In God We Trust' on the cars!" Tantaros replied.

"You're missing my point. I agree that it's legal," Roginsky explained. "I would prefer that 'In God We Trust' not be on our money, not be on government property. I think it is divisive. And I think it is offensive to atheists and to other people who may not believe in God."

At this point, the camera panned to co-host Sandra Smith who put her hand on her forehead in outrage.

Legal analyst Andrew Napolitano argued that the phrase had become "so passé" that no one felt offended by it.

"I actually do," Roginsky pointed out. "I've always said so."

"The majority of Americans -- 77 percent -- believe in some sort of God, the majority are Christians," co-host Ainsley Earhardt noted. "Twenty-three percent are atheist or agnostic, and the majority should win in this case."

"Well, let me start by saying I do believe in God," Roginsky said. "But it is because we protect the rights of the minority."

"What about the majority?" Earhardt exclaimed. "I'm so tired of protecting the minority. What about the rest of the country -- 77 percent!"

"Ainsley, put it on your car," Roginsky advised. "I do have a problem with government taking religion in its domain."

"Yes, girl! The tyranny of the minority!" Tantaros agreed, concluding that the best course of action for atheists was not to get arrested so that they would not have to see the police cruisers.

Watch the video below from Fox News' Outnumbered, broadcast July 27, 2015.

In the corner of the brightly lit, heavily bannered conference hall for this year’s Conservative Political Action Conference, an empty jail cell sets the scene of a Make America Great Again performance art piece. A sign fixed to the exterior of the cell warns “#younext.” The would-be prisoner is an actor playing the part of a Jan. 6 insurrectionist.

The diorama painted a sympathetic portrait of the rioters arrested for their roles attacking the nation’s Capitol in protest of an election that saw the defeat of former President Donald Trump.