This is a thing: Gwyneth Paltrow's guide to yawning 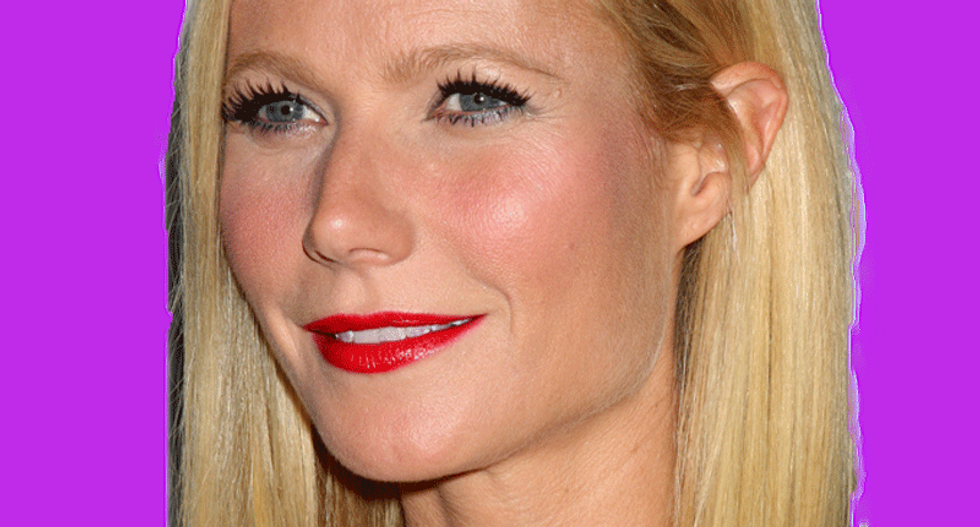 What would we do without Gwynnie? Not only has she taught the world to cook an egg but she has now explained how to yawn properly

From suncream to bed-making , the internet is full of advice on mundane endeavours which you have apparently been “doing wrong” your whole life.

And you’ve been doing yawning wrong too, according to Gwyneth Paltrow.

Why is Gwyneth Paltrow telling me how to yawn?

Any self-respecting wellness devotee seeking advice on any dilemma, from how to cook an egg , to where to buy a gold-plated juicer , turns to Gwyneth Paltrow’s lifestyle website Goop.

With so much of this fascinating content, it’s unlikely you’ll ever be bored. But if you do feel a yawn coming on, you should embrace it and indulge in it, says Paltrow.

The Hollywood star has published a multiple-step guide to yawning , featuring advice from Michael Lear, who is described as a yogi and “quarterback for mindfulness”, on how to “really lean into the yawn reflex”.

Yawning is contagious, as Paltrow says, so within minutes of Lear telling his dinner table guests that they should feel welcome to yawn, the room was full of gaping mouths.

“There’s a perception that it’s rude or that it means that you’re bored, but the reality is that it’s a very important mechanism for releasing stress,” Lear says in Paltrow’s piece. “It feels good for a reason: Trust that your body knows how to calibrate itself.”

Is that really why we yawn?

Hippocrates had a theory that yawning would rid the body of toxic air and replenish a supply of clean air for the body.

But the theory doesn’t completely stand up – if yawning is a method for increasing the supply of oxygen to the brain, we would yawn while exercising, for example, and we don’t.

Theories differ, but one of the most commonly accepted reasons is that yawns are the body’s “thermostat”. A 2007 study by Dr Andrew Gallup , of the State University of New York, found temperature made a difference to whether people yawned when they watched videos of others – with those holding a heat pack to their foreheads far more likely to yawn.

Gallup theorises that yawning is less about stretching or relieving stress, but more about cooling the brain, as the big inhale changes the temperature of blood flow.

“Not only do predicted brain and localised body temperature fluctuations surround yawning events, but yawns are also triggered or inhibited by environmental factors such as ambient temperature manipulation and medical conditions,” Gallup wrote.

Is the rise in brain temperature potentially caused by boredom or tiredness?

“Yawning is a symptom of one of several factors influencing brain temperature, including insufficient blood flow, time of day, and high rates of metabolic heat production,” Gallup writes. “It is therefore predicted that similar to the experience of feeling tired, boredom would also be accompanied by rises in brain temperature.”

Dr Olivier Walusinski, who organised a 2010 international yawning conference in Paris, strongly disagrees with the “brain cooling” theory however, saying foetuses have been observed yawning in the womb, despite their body temperature being controlled by the mother.

However, Dr Nadja Reissland, of Durham University, observed yawning in the womb in 13 foetuses she studied, and said that was likely explained by “the maturing of the brain early in gestation.”

Yawning after someone else does is likely to be because of the mimicry that humans demonstrate when they feel empathy, according to Matthew Campbell, a researcher at the Yerkes National Primate Research Center at Emory University. Chimpanzees also exhibit similar behaviour.

“It’s just a byproduct of how our bodies and brains work,” he told the Smithsonian.

Saying the word “yawn” in English is similar to the act of yawning, and likely to “trip a switch” in the brain and make us yawn even if we don’t mean to. “If you get enough stimulation to trip the switch, so to speak, you yawn,” Campbell said. “It doesn’t happen every time, but it builds up and at some point, you get enough activation in the brain and you yawn.”

Guardian readers had their own theories in a vintage edition of Notes and Queries.

Is there seriously a correct way to yawn?

Lear calls yawning “the body’s primary way to release and stretch the jaw and neck muscles after a long day of work and conversation”.

You might not have realised that there’s a correct way to yawn. But there is, apparently. And it’s surprising detailed.

Robert Provine, a neuroscientist at the University of Maryland, Baltimore County, has studied both yawning and laughing reflexes. His research seems to cast doubt on the notion that this kind of performed yawning is really yawning at all. You cannot truly “yawn on command”, he writes in American Scientist.

“Yawns occur either spontaneously or as a contagious response to an observed yawn. Intense self-awareness, as when you are being observed or even suspect that you may be observed, inhibits yawning.

Paltrow seems to mean “tearing up”, rather than tearing your mouth with a super-sized yawn.

“As you yawn the lacrimal glands around the eye are squeezed and tearing is induced,” she says. The piece ends with “Note: Tearing is not necessary for this exercise to be beneficial.”

Don’t yawn until you tear the corners of your mouth. Honestly, ow.