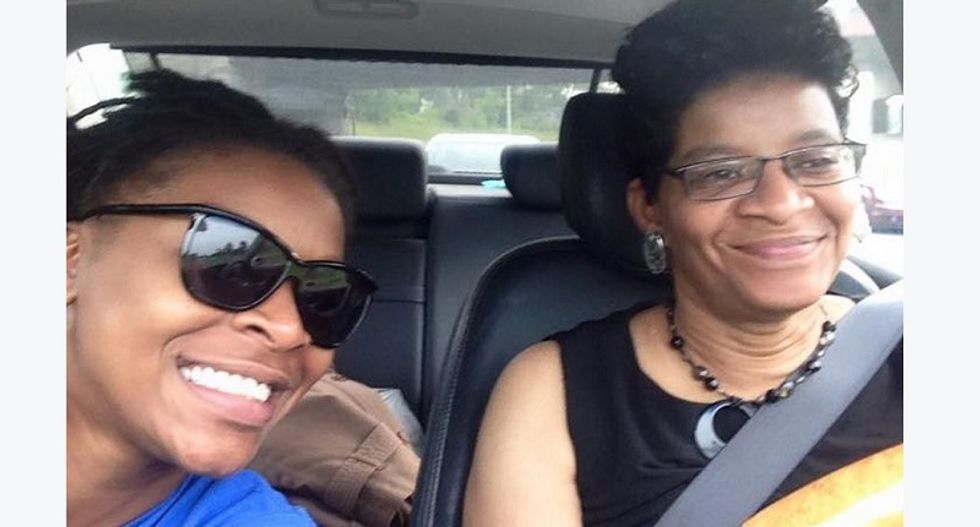 Sandra Bland's mother had ominous words at a memorial service for her daughter on Tuesday.

"I have a baby to put in the ground. She wasn't my convict, she wasn't my suspect – she was my baby, " Geneva Reed-Veal told the audience at Johnson Phillip All Faiths Church, according to the Dallas Morning News. "Once I put this baby in the ground, I'm ready. … This means war."

Reed-Veal's comments came after full dashcam footage showing the encounter between Bland and Texas state trooper Brian Encinia was released, in which he makes her get out of her car and threatens to "light her up" with a Taser because she wouldn't put out her cigarette. Encinia pulled her over initially for failing to signal.

Officials have said that Bland committed suicide by hanging herself with a plastic trash bag, a claim those who knew her have said is beyond credibility.

Reed-Veal told mourners that the 28-year-old Bland was excited about her future. She couldn't comprehend it when she was told her daughter had committed suicide, telling her mother, "My purpose is to go back to Texas and stop all the injustices in the South."

"There is not anywhere I could see that my baby took her own life," Reed-Veal told mourners Tuesday.

Bland, a Black Lives Matter activist, had just gotten a job at Prairie View Texas A&M in student outreach and was in the process of moving from the Chicago suburb of Naperville to her new home. She was being held in lieu of $5,000 and was looking forward to posting bond, local KHOU reports.

The FBI and Texas Rangers have launched investigations while Bland's family has ordered an independent autopsy. Encinia has been placed on administrative leave while the investigations are underway, WFAA reports.

Bland had a running commentary on her social media where she posted messages of activism and inspiration, called #SandySpeaks. A July 3 photo shows Bland seated next to Reed-Veal in a car. Both are grinning.