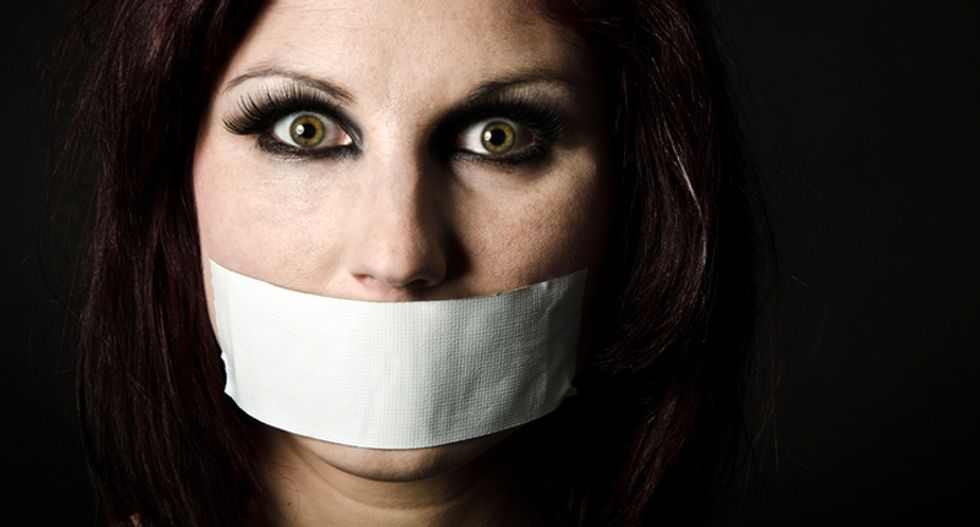 The largest association of psychologists in the United States is on the brink of a crisis, the Guardian has learned, after an independent review revealed that medical professionals lied and covered up their extensive involvement in post-9/11 torture. The revelation, puncturing years of denials, has already led to at least one leadership firing and creates the potential for loss of licenses and even prosecutions.

For more than a decade, the American Psychological Association (APA) has maintained that a strict code of ethics prohibits its more than 130,000 members to aid in the torture of detainees while simultaneously permitting involvement in military and intelligence interrogations. The group has rejected media reporting on psychologists’ complicity in torture; suppressed internal dissent from anti-torture doctors; cleared members of wrongdoing; and portrayed itself as a consistent ally against abuse.

Now, a voluminous independent review conducted by a former assistant US attorney, David Hoffman, undermines the APA’s denials in full – and vindicates the dissenters.

Sources with knowledge of the report and its consequences, who requested anonymity to discuss the findings before public release, expected a wave of firings and resignations across the leadership of an organization that Hoffman finds used its extensive institutional links to the CIA and US military to facilitate abusive interrogations.

Several officials are likely to be sacked. Already out, a past APA president confirmed to the Guardian, is Stephen Behnke , the APA’s ethics chief and a leading figure in recasting its ethics guidelines in a manner conducive to interrogations that, from the start, relied heavily on psychologists to design and implement techniques like waterboarding.

But the reckoning with psychologists’ institutional complicity in torture may not stop there.

Related: The US paid torture doctors millions. Why is it last in the world in punishing them? | Dr Steven Miles

Evidence in the Hoffman report, sources believe, may merit referral to the FBI over potential criminal wrongdoing by the APA involvement in torture. The findings could reopen something human rights groups have urged for years: the potential for prosecutions of people involved in torture. The definition of “collusion” adopted by Hoffman is said to be similar to language used in the federal racketeering statute known as Rico.

If so, however, it would not be American military or intelligence interrogators themselves under investigation, nor the senior officials who devised torture policy in the Bush administration, but the psychologists who enabled them.

Additionally, sources believe there will be grounds to initiate ethics charges against responsible individuals both within the APA and in the states in which they operate, which would be the first step toward the loss of a professional license.

Sources familiar with Hoffman’s report said the APA, knowing that the findings will undermine years of its public positions, is negotiating with its dissenters and critics to deliver a public apology. Recommendations for structural reform are said to be likely ahead of the organization’s 123rd annual convention, scheduled to begin on 6 August in Toronto.

Substantial sections of the report focus on the APA ethics chief and describes Behnke’s “behind-the-scenes attempts to manipulate Council of Representatives actions in collusion with, and to remain aligned with DoD” – a reference to the Department of Defense.

A University of Michigan-pedigreed psychologist, Behnke has held his position within the APA since 2000, and, according to sources, used it to stifle dissent. Hoffman’s report found Behnke ghostwrote statements opposing member motions to rebuke torture; was involved in voter irregularity on motion passings; spiked ethics complaints; and took other actions to suppress complaints.

Nadine Kaslow, a former APA president, told the Guardian that Behnke’s last day at the APA was 8 July, after the APA received Hoffman’s report. She would not say if Behnke resigned or was fired. She indicated that further firings and resignations are likely in the coming weeks.

For now, the APA is grappling with a number of institutional changes to salvage its credibility.

Behnke was hardly the only psychologist involved in the establishment and application of torture.

According to two landmark Senate reports, one from the armed services committee in 2009 and the other from the intelligence committee in 2014, psychologists James Mitchell and Bruce Jessen were instrumental in persuading the CIA to adopt stress positions, temperature and dietary manipulation, sleep deprivation and waterboarding in interrogations. (Neither man is an APA member.)

Those tactics, save waterboarding, spread from the CIA to the military. Psychologists joined “behavioral science consultation teams” that advised interrogations at Guantánamo Bay.

“For the APA officials who played the lead role in these actions, their principal motive was to curry favor with the Defense Department for two main reasons: because of the very substantial benefits that DoD had conferred and continued to confer on psychology as a profession, and because APA wanted a favorable result from the critical policy DoD was in the midst of developing that would determine whether and how deeply psychologists could remain involved in intelligence activities,” Hoffman found.

Human rights-minded psychologists railed for years that the APA had created an environment that was conducive to medical professionals effectively participating in torture. Critically, in 2005, a prominent and highly controversial APA taskforce ruled that members could perform “consultative roles to interrogation- or information-gathering processes for national security-related purposes”.

Yet the organization withstood all public criticism, until New York Times reporter James Risen revealed, based in part on a hoard of emails from a deceased behavioral-science researcher named Scott Gerwehr, the behind-the-scenes ties between psychologists from the APA and their influential counterparts within the CIA and the Pentagon.

In 2002 – the critical year for the Bush administration’s embrace of torture – the APA amended its longstanding ethics rules to permit psychologists to follow a “governing legal authority” in the event of a conflict between an order and the APA ethics code.

Without the change, Risen wrote in his 2014 book Pay Any Price, it was likely that psychologists would have “taken the view that they were prevented by their own professional standards from involvement” in interrogations, making it “far more difficult for the Justice Department to craft opinions that provided the legal approvals needed for the CIA to go ahead with the interrogation tactics”.

In 2004, after the Abu Ghraib torture scandal burst into public view, the emails detailed a private meeting of APA officials with CIA and military psychologists to “provide input on how the APA should deal with the growing furor”, Risen wrote.

Ethics chief Behnke emailed: “I would like to emphasize that we will not advertise the meeting other than this letter to the individual invitees, that we will not publish or otherwise make public the names of attendees or the substance of our discussions, and that in the meeting we will neither assess nor investigate the behavior of any specific individual or group.”

Risen went on to report that six of the 10 psychologists on the seminal 2005 APA taskforce “had connections with the defense or intelligence communities; one member was the chief psychologist for US Special Forces”. The subject of tremendous internal controversy, the APA ultimately rescinded the taskforce report in 2013.

In October, the APA called Risen’s account “ largely based on innuendo and one-sided reporting ”. Yet the next month the association announced it had asked Hoffman to investigate potential “collusion with the Bush administration to promote, support or facilitate the use of ‘enhanced’ interrogation techniques by the United States in the war on terror”.

Throughout the controversy, the APA has preferred to treat criticism of its involvement in torture, either from journalists or from human rights-minded psychologists, with dismissal. Its internal investigations of the criticisms have typically ended up exonerating its members.

“A thorough review of these public materials and our standing policies will clearly demonstrate that APA will not tolerate psychologist participation in torture,” the APA communications chief, Rhea Farberman, told the Guardian in January 2014 , after the Guardian revealed that an APA inquiry declined to pursue charges against a psychologist involved in the Guantánamo Bay torture of Mohammed al-Qahtani.

The psychologist, former US army reserve major John Leso, took part in a brutal interrogation of Qahtani, the suspected intended 20th 9/11 hijacker, according to a leaked interrogation log and investigation by the Senate armed services committee.

Interrogators extensively deprived Qahtani of sleep, forced him to perform what the log called “dog tricks”, inundated him with loud music for extended periods, and forcibly hydrated him intravenously until he urinated on himself.

“The concern that APA’s decision to close the matter against Dr John Leso will set a precedent against disciplining members who participate in abusive interrogations is utterly unfounded,” the APA’s Farberman told the Guardian in January 2014.

The Louisiana Republican appeared Thursday morning on the Fox News program to discuss the FBI removal of boxes of presidential records from Mar-A-Lago while executing a search warrant, which has prompted Republican outrage and violent threats against law enforcement officials.

This time Trump is trapped — and afraid

There is no limit to the depths Donald Trump will explore to beg for money.

A day after the FBI executed a search warrant on his home at Mar-a-Lago, the former president sent out emails to his supporters saying the FBI had "raided" his home, "broke into" his safe and possibly planted evidence. Was he upset? Maybe. Was he innocent? Who cares? But he was open about needing money to help battle "the corrupt left," whatever that means. And so, dear friends and neighbors, the preacher in the big pop-up tent is going to pass around the hat, and if you'd very graciously give everything you have, the billionaire who needs your money would much appreciate it. By the way, would you like a new shirt with Donald's portrait? He's got those too.

Sen. Elizabeth Warren on Wednesday opened an investigation into the devastating health impacts that state-level GOP abortion bans and restrictions have had on pregnant people across the U.S., citing the litany of horror stories published in local and national newspapers in the weeks since the Supreme Court overturned Roe v. Wade.

"The stories are shocking and horrific," Warren (D-Mass.) wrote in new letters to National Nurses United, the American Medical Association, Physicians for Reproductive Health, and other organizations as part of her effort to gather information on the consequences of newly enacted anti-abortion statutes.