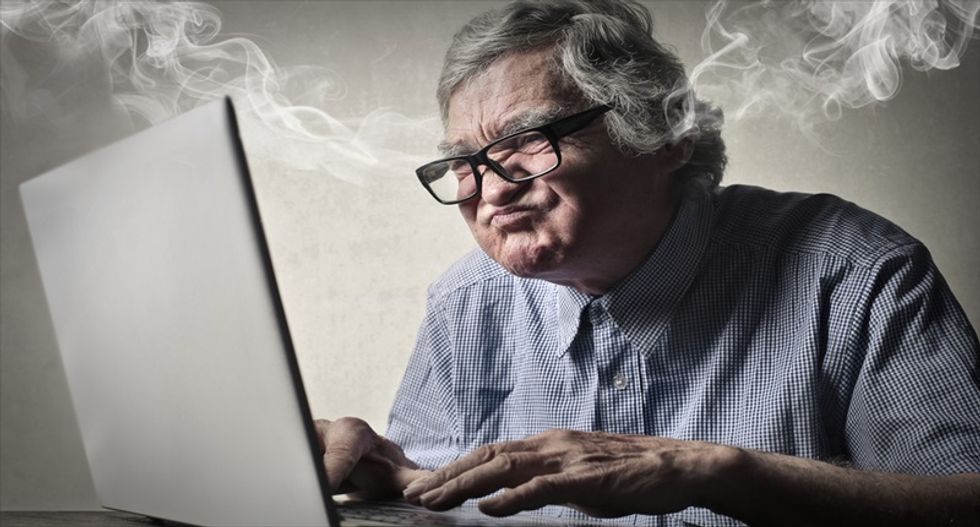 The Lexington News-Gazette in Virginia reversed course and apologized for running a local man's ad that complained about black people and Democrats criticizing the Confederate battle flag, the Roanoke Times reported.

"What I hoped would be illuminating has instead proven to be merely offensive to many of our readers," News-Gazette publisher Matt Paxton wrote. "For that, I apologize. In retrospect, my decision to run the ad was a mistake."

The ad, which ran on July 15, was bought by 73-year-old Raymond Agnor. According to the Times, Agnor has flown a 20-by-30-foot replica of the flag over his property since March and keeps a notebook full of writings detailing his support for the banner.

"About the Confederate flag: Because of all the trouble the democrats [sic] and black races are causing, I place this ad," his advertisement read. "No black people or democrats are allowed on my property until further notice. Furthermore, I believe our government purposefully put our country in $18 trillion debt, knowing it could cause bankruptcy. It is a plot to take away our Social Security and cause taxes to skyrocket."

The ad prompted not only objections from readers, but an online petition calling for an apology from the News-Gazette, which had amassed more than 300 signatures as of Friday evening, tripling its initial goal.

"Publishing this ad promotes an image of Lexington and the surrounding community as racist, divisive, and unwelcoming. Local universities have struggled to attract and retain students, faculty, and staff of color, no doubt the product of such an environment," the petition read. "While Mr. Agnor is of course entitled to his own opinions, distasteful as they may be, publication of this ad implicitly condones his sentiments. Worse, it further impairs the building and maintenance of an inclusive, diverse community."

But Agnor defended his arguments in an interview with the Times, saying, "I don't want them on my property because I have seen what they did in Baltimore and Ferguson and other places. They're not going to come on my property and do that."

Paxton originally stated that, while he did not share Agnor's views, he felt it was important for readers to see the positive and "not-so-positive" views within the community.

"We refrain from publishing things that are libellous, personal attacks or that incite violent or illegal acts," he wrote on July 17. "Did the ad meet any of those standards? In my judgement, I did not think so. I admit that others may have decided differently."

The Poynter Institute's Mediawire blog reported that Agnor also said he originally wanted to add "communists, athiests, dictatorships," to his list of undesirables.

Paxton's apology was supplemented by an editorial on Wednesday calling Agnor's ad "repugnant."

"Allowing such a message of hate to be published in our newspaper violates a basic standard that we've always tried to adhere to — that of maintaining a civil level of discourse within these pages," he wrote.