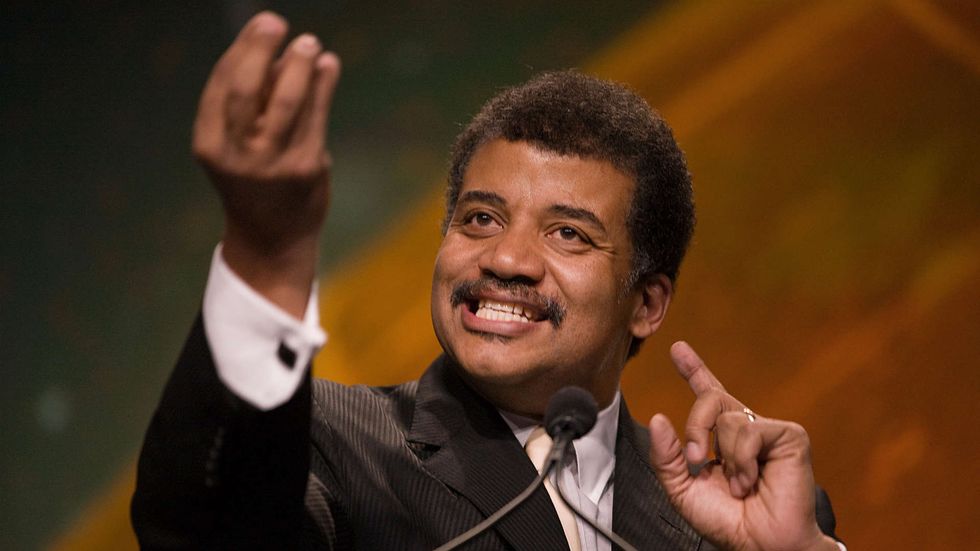 Astrophysicist Neil deGrasse Tyson teamed up with the science site MinutePhysics to provide an animated look at how both the universe and life on Earth came to be.

"Yes, the universe had a beginning," the Star Talk host says. "Yes, the universe continues to evolve. And yes, every one of our body's atoms is traceable to the Big Bang and to the thermonuclear furnace within high-mass stars. We are not simply in the universe; we are part of it."

The eight-minute video, written by deGrasse Tyson and illustrated by MinutePhysics founder Harry Reich, starts around 13.7 billion years ago, when all of the universe's fundamental forces -- energy, matter, space -- were contained in a space measuring a trillionth of a pen point. The pocket proto-universe expanded when it was 10 to the -43rd seconds old.

"Under these extreme conditions, and what is admittedly speculative physics, the structure of space and time became curved, and it gurgled into a spongy, foam-like form," he explains.

Watch as deGrasse Tyson narrates "A Brief History of Everything," as posted online on Monday, below.