WATCH: Dashcam catches deputy telling cops 'I'm one of you' after killing wife with assault rifle 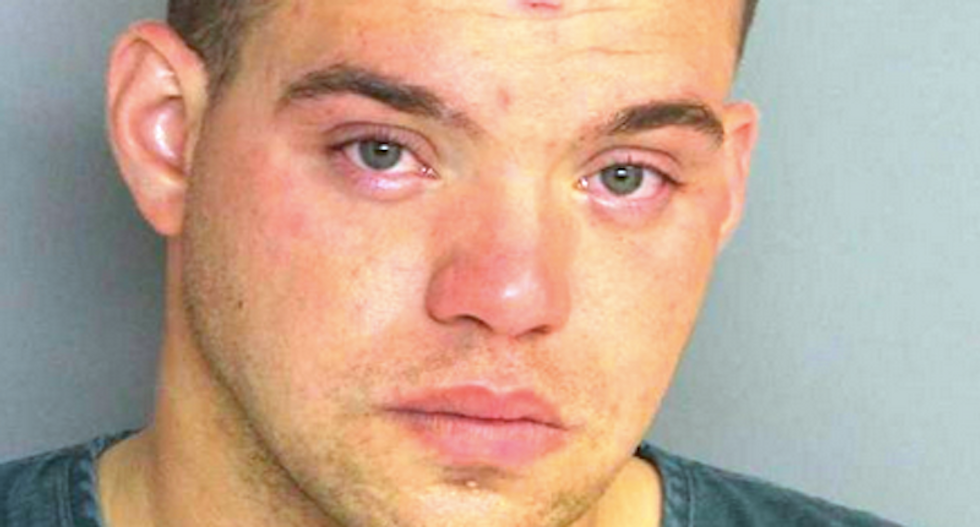 Dashcam video released this week shows a Georgia deputies pleading with officers to go easy on him after he allegedly shot his wife with a military-style assault rifle.

Earlier this year, Aiken County Sheriff’s Deputy Matthew Blakley was charged with involuntary manslaughter after he said that he accidentally shot his wife in the head with M4 rifle that he thought was unloaded.

In dashcam video and audio recordings obtained by the Augusta Chronicle this week, Blakley claims that he was "just showing her my rifle."

As Blakley is placed in the patrol car, he begs for sympathy from another officer.

"I'm one of you!" he exclaims, banging his head on the cruiser's bulletproof partition. "No, no, no, no, no!"

The Augusta Chronicle noted that Blakley had worked as a deputy for the Aiken County Sheriff’s Office since November 2014. He had previously been suspended for horseplay involving a weapon. While serving as a Marine from 2010 through 2014, he earned expert rifle and marksman pistol qualifications.

Watch the video below from the Augusta Chronicle.